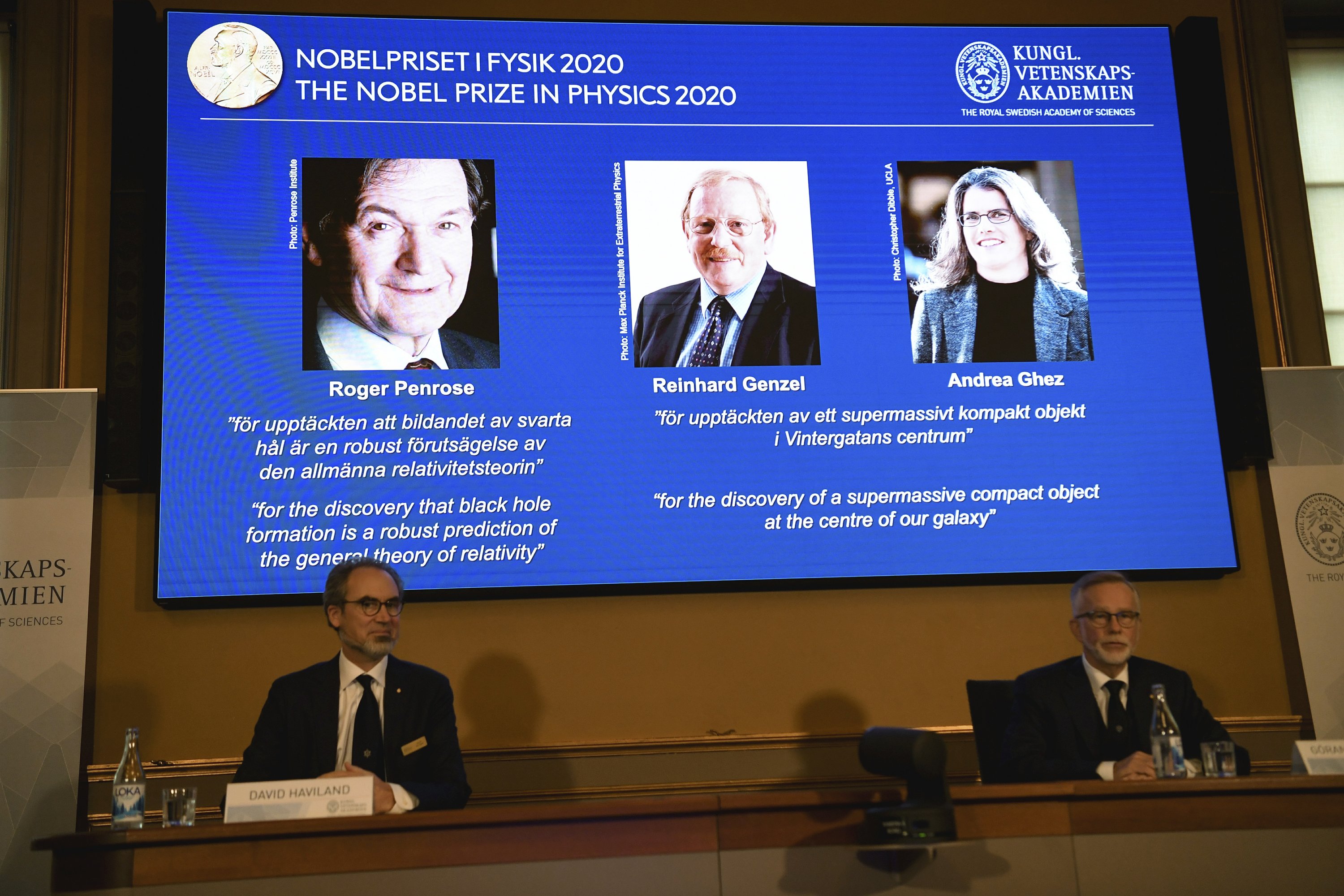 The 2020 Nobel Prize in Physics has been awarded for discoveries about black holes, with one half going to Roger Penrose and the other half jointly to Reinhard Genzel and Andrea Ghez.

Göran K. Hansson, secretary for the Royal Swedish Academy of Sciences, said at Tuesday's ceremony in Stockholm that this year's prize was about "the darkest secrets of universe."

Ghez, a professor at the University of California, Los Angeles, is only the fourth woman to win a Nobel physics prize. It was awarded to a woman for the first time in 55 years in 2018.

"I think today I feel more passionate about the teaching side of my job than I have ever," she said after the announcement.

"I'm thrilled to receive the prize and I take very seriously the responsibility associated with being, as you said the fourth woman to win the Nobel Prize. I hope I can inspire other young women in the field," Ghez added.

Marie Curie, the only woman to have been honored twice by the Nobel committee, won the 1903 Nobel Prize in Physics and the 1911 Nobel Prize in Chemistry.

Penrose, a professor at the University of Oxford, worked with fellow physicist Stephen Hawking to merge Einstein's theory of relativity with quantum theory to suggest that space and time would begin with the Big Bang and end in black holes.

Genzel is director at the Max Planck Institute for Extraterrestrial Physics in Garching, Germany and a professor at the University of California, Berkeley.

This year's Nobel Prize in Medicine was jointly awarded to the US-UK trio of Harvey J. Alter, Michael Houghton and Charles M. Rice on Monday for the discovery of hepatitis C virus, which led to the development of tests and treatments.