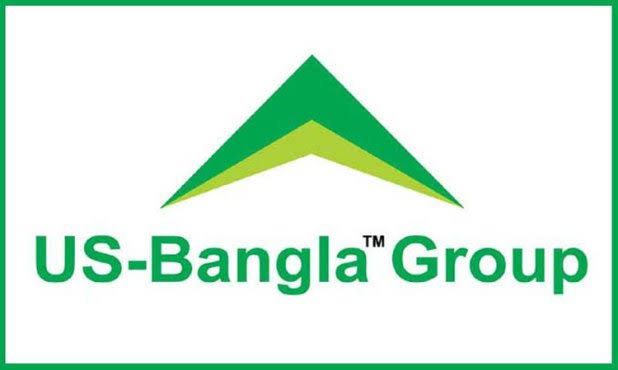 US-Bangla Group has made a quick buck in just a few years by embezzling government revenue, said sources at the Customs, Excise and VAT Commissionerate.

The authorities concerned have information that a company of US-Bangla Group is reportedly involved in gold smuggling while another abuses bonded warehouse facilities and launders money, they also said.

The authorities concerned are investigating the VAT evasion to take action against US-Bangla Group, a source said.

NBR Member (VAT Implementation & IT) Dr Abdul Mannan Shikder said it’s an ongoing process to unearth the VAT evasion of an accused company. That’s why an audit is done. VAT detectives are also working at the field level.

US-Bangla Group has launched more than 12 affiliated companies after its establishment in 2010.

The business of US-Bangla Group has increased mysteriously over time, which is very rare in Bangladesh.

According to VAT administration sources, US-Bangla Group’s US-Bangla Assets Ltd, which has a ‘Purbachal American City’ project in Purbachal near Dhaka, is evading VAT in freestyle.

Established in 2009, US-Bangla Assets Ltd has two other housing projects - East American City and Holiday Homes Kuakata. VAT evasion in these three housing projects has been out of reach for a long time.

There is no end to complaints against US-Bangla Group courier service company USB Express Limited in the VAT administration. The company has evaded huge government revenue by transporting goods without VAT invoices.

USB Express was fined on February 14, 2019 for transporting goods without VAT invoice, said Dr Moinul Khan, the then commissioner of the Customs, Excise and VAT Commissionerate (Dhaka West).

He also informed that VAT due from that institution is also collected.

VAT evasion of three US-Bangla Group shoes and leather companies is also out of reach. Imported goods brought in duty-free facility are being supplied to local market by abusing the bonded warehouse facilities in the name of US-Bangla Leather Products Limited.

US-Bangla Leather Products Limited, which is listed as a 100 percent export-oriented industry, is engaged in selling goods in local markets, which were imported under the duty-free bonded warehouse facility.

Sources at the Dhaka Customs Bond Commissionerate said US-Bangla Leather had been involved in horrific irregularities in just a few years. The company has not exported any goods for years. But they are importing goods with bond facility.

US-Bangla Leather has already been fined for its involvement in selling goods at local markets, which were imported under the duty-free bonded warehouse facility. A committee has been formed to probe the duty evasion by the US-Bangla Leather.

Thousands of students are studying at Green University of Bangladesh and US-Bangla Medical College and Hospital, two educational institutions of US-Bangla Group.

But, the government is being deprived of VAT from the two institutions. Green University, which was launched in 2003, has now more than 8,000 students.

Another controversial company of US-Bangla Group is US-Bangla Airlines Limited, which started operation on July 17, 2014.

Officials of the VAT administration said the VAT collected against the millions of tickets sold every year has not been deposited in the government treasury.

According to them, the government will get several hundred crores of taka in revenue if there is an impartial investigation into the VAT evasion of this influential organisation.

US-Bangla Airlines Limited is also involved in gold smuggling. Dhaka Customs House and the Customs Intelligence and Investigation Directorate have seized the smuggled gold from the aircraft of the private airline.

US-Bangla Airlines employees admitted to a court that they were involved in smuggling.

It has been learnt that US-Bangla Hi-Tech Industries, which is involved in the production of electronic products, has evaded crores of taka by not submitting VAT returns in the proper process.

Besides these, US-Bangla Media and Communication, US-Bangla Foods, US-Bangla Agro Ltd and US-Bangla Resorts and Tourism are operating a freestyle business by evading huge VAT.