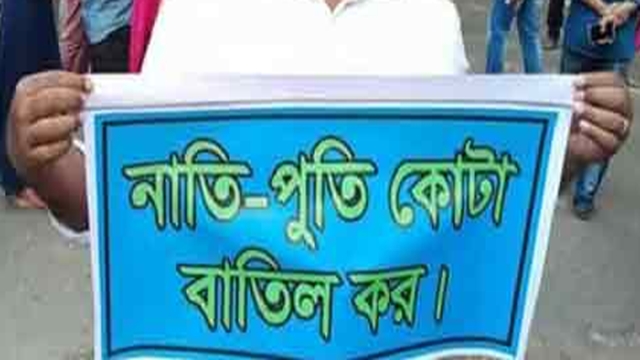 The cabinet during its weekly meeting on Monday discussed the existing quota system in the civil service and noted that the system has hardly deprived the meritorious candidates as merit was never ignored in the existing system.

However, Ministry of Public Administration, as the main stakeholder of the issue, would examine the demands of the students, Cabinet Secretary Md Shafiul Alam said this while briefing reporters on the decisions at the secretariat in the capital yesterday.

Cabinet secretary said the cabinet examined the recruitment system in the last three civil service examinations as well as the revised policy of the present government for fulfilling the vacancies of different quotas from the merit list.

"In fact the quota system has created no problem for hunting talents," the cabinet secretary said adding that posts of all quotas are filled up by the most meritorious candidates, who secured top positions in the list. It's also applicable for district quota, he added.

All posts under the FF quota cannot be filled up due to shortage of the number of competent children of Freedom Fighters. So their posts are being filled from the merit list, Shafiul Alam said.

"If the recruitment in the civil service is held on the basis of merit only, many districts would be underrepresented in the administration and uplift of women would be hampered.

Not all children of Freedom Fighters, but only those who are showing their talent in the competition, are getting chance in the BCS, he said.

About the agitation of student group to press home their demand for reformation of the quota system, the cabinet secretary said the reform has already been done which created ample opportunities for meritorious candidates to be recruited in the posts of reserve quotas.