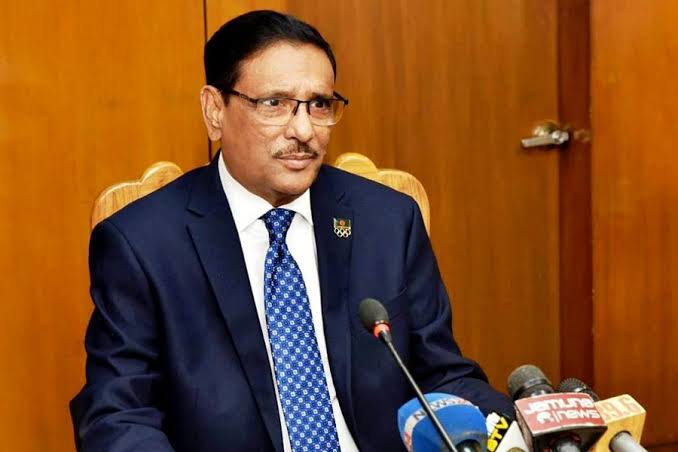 Awami League General Secretary Obaidul Quader on Tuesday said he does not want to see any hostility between the government and the media.

“I don’t want any confrontation and I want to see a cordial relations with the media," Quader said in reply to a question after a meeting with a group of journalist leaders at the Secretariat.

Quader, who doubles as Road Transport and Bridges Minister, said he met the leaders in his capacity as the general secretary of the ruling party.

He said the leaders raised with him some issues regarding the newspaper industry, withdrawal of a case against journalist Rozina Islam, media rights and some other demands.

Talking about Rozina’s case and other demands Quader, said “A ministry concerned is there to settle the issue. Besides, Information and Broadcasting Ministry, Home Ministry and Law Ministry are there and some special things related to the issues have to be informed to the Prime Minister.”

“They have raised the problems and I will place these to the prime minister,” he said.

Replying to a question whether the case filed against Rozina should be withdrawn; the Minister said “The case is now in the court. We have to discuss the matter with Law minister and others and after an overall consideration and discussion with all I can tell about this.”

Prothom Alo senior reporter Rozina Islam was sent to jail on May 18 in a case filed under the Official Secrets Act and the Penal Code by the Health Ministry.

She was freed from Kashimpur Women's Central Jail on May 23 after a Dhaka court granted her an ad-interim bail until July 15.