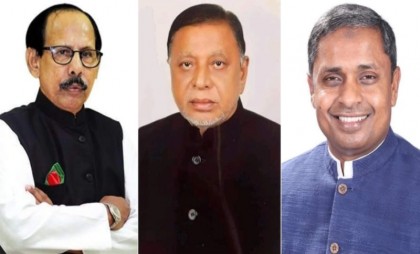 The ruling Awami League (AL) has chosen candidates for the by-elections to three vacant constituencies, reports our correspondent.

Of the candidates, Aga Khan Mintu got nomination for by-polls to Dhaka-14, Habibur Rahman for Sylhet-3 and Abul Hashem Khan for Comilla-5.

The Awami League Parliamentary Board (ALPB) selected the candidates at a meeting at Ganabhaban in the capital on Saturday.

Mentionable, the by-polls have been scheduled for July 28.