Full fledge Monsoon showers drench Dhaka and most of the country 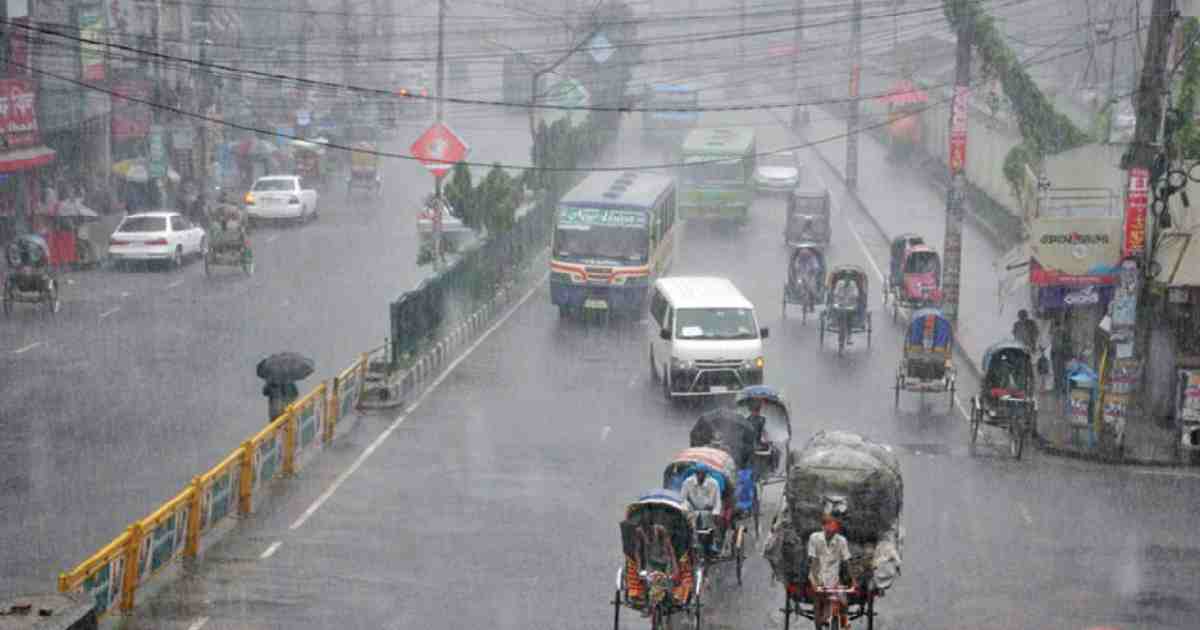 Dhaka woke up to another drenched morning Saturday as intermittent monsoon rains continued across the country.

Meanwhile from 6 am to 3 pm, 28 mm of rains were recorded in the Dhaka city.

“The axis of monsoon trough runs through Uttar Pradesh, Bihar, West Bengal to Assam across central part of Bangladesh. One of its associated troughs extends up to North Bay,” says BMD’s weather forecast.

However, maritime ports were advised to lower the local cautionary signal number three for now.

According to the forecast, light to moderate rain/thunder showers accompanied by temporary gusty wind is likely to occur at most places over Rajshahi, Dhaka, Khulna, Barishal & Chattogram divisions. Many places over Rangpur, Mymensingh & Sylhet divisions are likely to see moderately heavy to very heavy falls including places over the country.

An outlook for the next 72 hours forecasted by BMD however shows a possible decrease in rain/thunder showers.