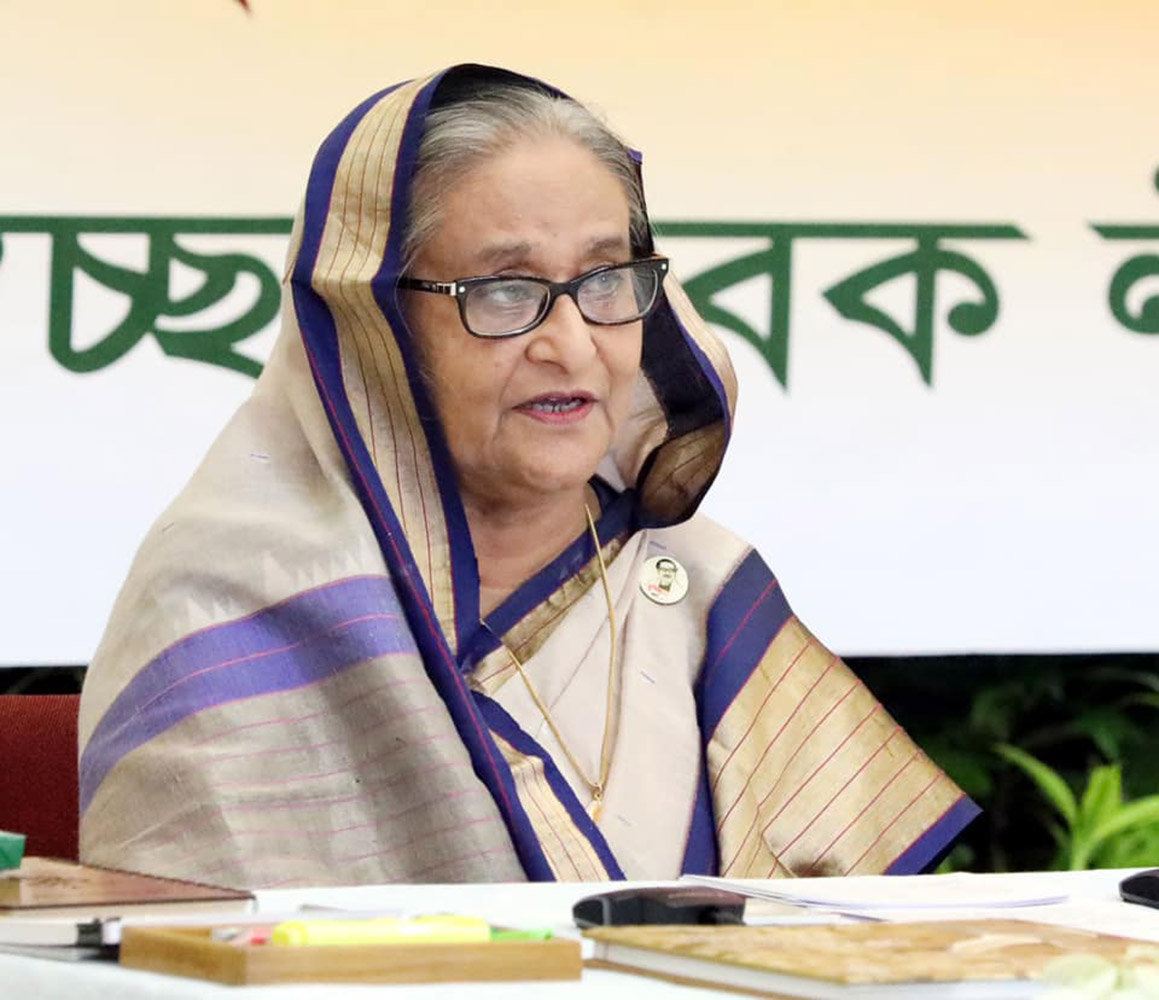 Prime Minister Sheikh Hasina asked Awami Swechasebak League leaders and activists to help people in getting vaccines in rural areas and motivate them to go for Covid-19 test so they can receive proper treatment.

“We are taking initiative to provide vaccine in rural areas massively and pre-registration would not be mandatory there rather people can receive the jab showing their ID cards on the basis of spot registration,” she said, directing the Swechasebak League leaders and activists across the country to extend cooperation to the people.

The Premier was addressing the 27th founding anniversary of Bangladesh Awami Swechasebak League (BASL) as chief guest at its central office in the capital’s 23 Bangabandhu Avenue, joining virtually from her official residence Ganabhaban.

She said people’s fear regarding the Covid-19 inoculation has almost gone, but one thing is still prevailing there about Covid-19 test.

“None wants to go for a test, but if he/she carries out the test (Covid-19) will receive proper treatment, which will not only help them but also protect others from the deadly virus infection, and this perception has to be made understandable to the people. Our party (Awami League) people have to do it,” she said.

A documentary on the activities of BASL in the last year and on the occasion of the birth anniversary of Prime Minister’s ICT Affairs Adviser Sajeeb Wazed Joy was screened at the event.

The Prime Minister also unveiled the cover of a book “One Year of Swechasebak League”.