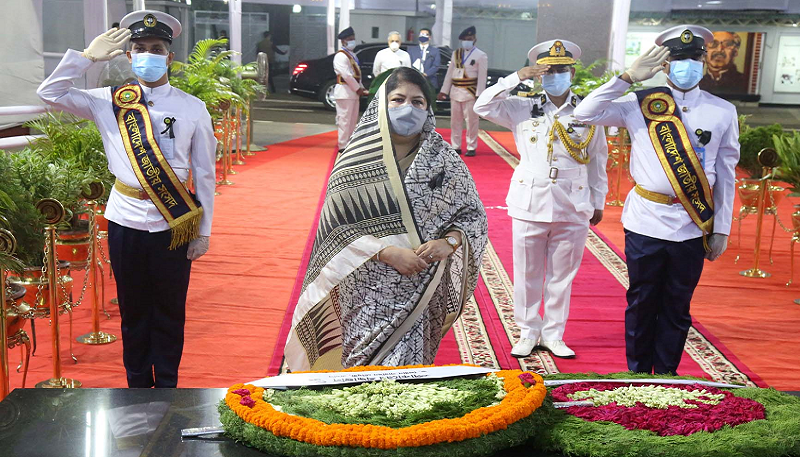 She paid homage by laying a wreath at the portrait of Bangabandhu at Dhanmondi No. 32 in the capital, said an official release.

The JS Speaker also stood in solemn silence for some time, showing respect to Father of the Nation and other martyrs of August 15 carnage and prayed for eternal peace of their departed souls.