Buses without route permits will be seized from Dec 1: Taposh 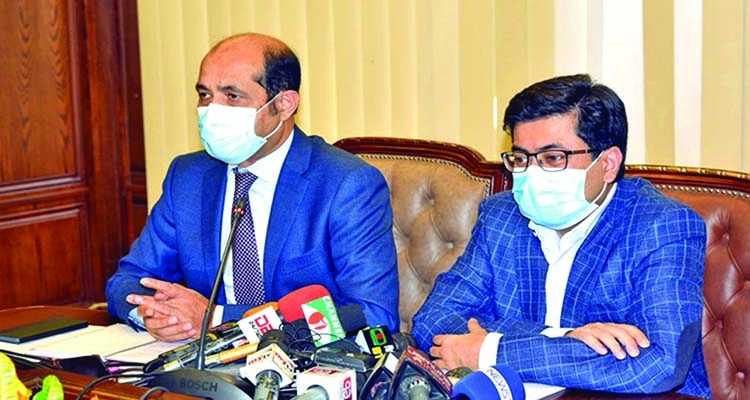 "Not only fines . . . wherever we will find illegal buses without route permits, but we will also seize them and destroy them so that these vehicles can't come on the roads further," he told journalists after holding the 19th meeting of the Bus Route Rationalization Committee at the Nagar Bhaban's Buriganga Hall in the Old Dhaka.

Noting that drives will be conducted against the identified 1,847 buses without route permits from December 1, Taposh said, "There is a disorder in the public transport service in the city. That's why we will be tougher".

It was noticed that route permits are taken for one route but (busses) are operated on another route instead of running on that route, he said, adding from now, actions will be taken against those buses under joint operation and buses of one route cannot be operated on other routes.

"The bus must be operated on the route for which permission has been taken. Otherwise, the bus will not run. We must bring order in public transport service in the city," said Taposh, also chairman of the Bus Route Rationalization Committee.

Though it's tough to work to bring all stakeholders responsible for disorders in public transport services in the city, he said, "But we have taken up this initiative with utmost determination. We are determined, we will implement it. "

The city corporation authorities will give an advertisement, asking entrepreneurs and other investors to apply by December 12, the DSCC mayor said, adding "With the response from the advertisement, we will fix 100 new buses, including 30 from BRTC, for running on Ghatarchar to Kachpur route".

DNCC Mayor Md Atiqul Islam said, "There was no flaw in our efforts. We tried our best to implement the project from December 1. But for various reasons we could not do so. The biggest challenge in this regard is the bus owners".

They (bus owners) could not work as per their promise given to the city corporation authorities, he said, adding, "In this context, the bus service from Ghatarchar to Kanchpur will start from December 26 in collaboration with BRTC".