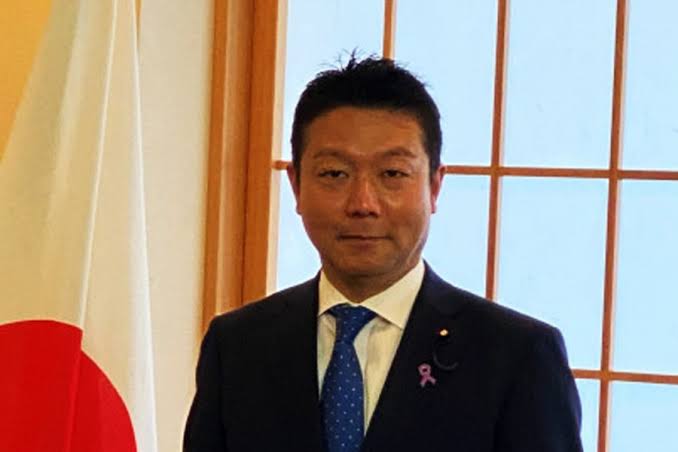 HONDA Taro, Parliamentary Vice-Minister for Foreign Affairs of Japan, on Sunday said that Japan would always stand by Bangladesh and continue its cooperation for the further development of the country in future.

Taro said during the past two years, the spread of COVID-19 has affected Bangladesh as well as Japan in many ways.

"Under the strong leadership of Prime Minister Sheikh Hasina, the outbreak is now under control. Not only that, even in the midst of the Corona pandemic, Bangladesh has achieved a remarkable economic recovery among countries in South Asia," he added.

The Japanese vice minister said Japan has been able to support the Bangladeshi government's fight against COVID-19 through the provision of 75 billion yen loans for emergency assistance to tackle COVID-19 and more than 3 million doses of AstraZeneca vaccines. "We will continue to provide vaccines and other cooperation."

Terming Bangladesh's economic and social development over the past 10 years as a "miracle", he said, "I'm convinced that the government's policy of always listening to the voices of the people, with the pledge to become a developed country by 2041, will surely contribute to the country's prosperity."

Taro said Bangladesh's rapid economic growth and the potential attractiveness of its market have spurred Japanese companies to enter and invest in the country. "The amount of investment from Japan has more than tripled in the past 10 years. I expect that more and more Japanese companies will come to Bangladesh in the future,"

At the same time, the Japanese Vice Minister said as Japanese companies advance into Bangladesh, some investment issues have become apparent.

These include delays in customs clearance, various taxations, restrictions on telegraphic transfer of import payments, discrimination of export incentives between domestic and foreign companies, and needs to improve the environment in EPZs and SEZs.

"I hope that through the opportunity of this Investment Summit and the framework of the Public Private Economic Dialogue, Japan and Bangladesh, in cooperation of the public and private sectors will resolve these investment issues," he added.

Mentioning that Bangladesh and Japan will celebrate the 50th anniversary of the establishment of diplomatic relations in February next year, Taro said currently with Japan's support, large-scale infrastructure projects that symbolize Bangladesh's rapid economic growth, such as the Dhaka Metro, the new Dhaka Airport Terminal, and the Matarbari deep sea port, are steadily underway.

"Japan will continue to cooperate with Bangladesh as a partner in promoting a "Free and Open Indo-Pacific". The importance of our relationship is now growing not only bilaterally, but also in Asia and the Indo-Pacific region as a whole. Through opportunities like today's Summit, we hope to further deepen the relationship between our two countries." He added.