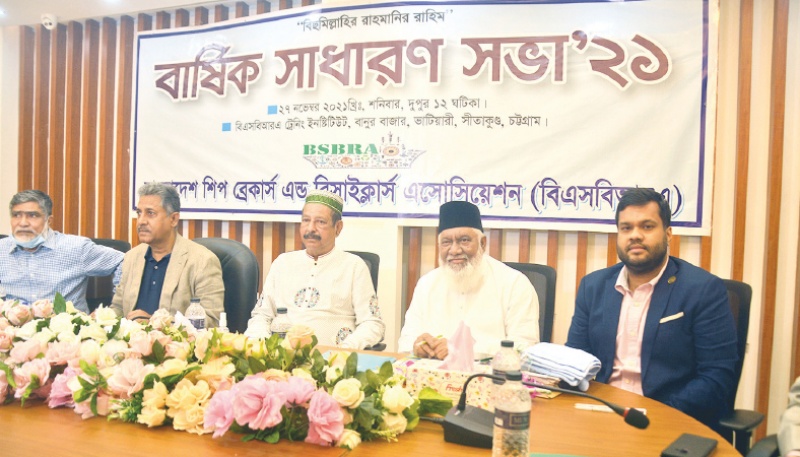 Addressing an event on Saturday as the chief guest, he pointed out that the ship breaking sector had to overcome a number of adversities to become an established industry in this country, and more hard work is needed to transform it into a world-class sector.

The Bangladesh Ship Breakers and Recyclers Association (BSBRA) had organised the programme in the Banur Bazar area of Chattogram’s Sitakunda upazila to inaugurate a three-storey training center – built recently to train workers for the industry.

Sufi Mohammed Mizanur Rhaman – also the chairman of PHP Ship Breaking and Recycling Industries Ltd – further said, “All [ship breaking] yards must be turned into green yards so that no worker has to die, and no mother has to lose her son.

“The whole world will be amazed to see this happen. The BSBRA will create history through their work”

IPHP Ship Breaking and Recycling Industries Ltd is the first such green facility in Bangladesh.

Sufi Mizanur Rahman, a former president of the BSBRA, said the owners and workers are taking this industry forward by working through natural calamities such as storms and hurricanes.

“Bangladesh is currently holding the highest position in the ship breaking industry, and this position must be maintained so that no one can snatch it,” he added.

Noting the need to gradually turn this industry into a world-class sector, he said, “Millions of people are employed in the ship breaking industry and the government is earning thousands of crores of Taka in revenue. We must highlight the positive aspects of this sector.”

Addressing the occasion, BSBRA’s President Abu Taher said, “We will work to resolve existing issues of the organisation’s members, and take initiatives to further develop this sector. We will continue our efforts to bring Bangladesh’s ship-breaking industry to the forefront of the world.”

BSBRA Vice-President Zahirul Islam Rinku said the training center has been set up to make the industry workers skilled through training.

“We seek cooperation from the government,” he said, adding, “Workers should be trained by hiring foreign trainers and using international curriculum. Initiatives are needed to address the problems of the ship breaking industry.”

The BSBRA Annual General Meeting (AGM) was held after the ceremony. Its President Abu Taher presented the annual report for the year 2020-21, and the members approved it.