Students in all metropolitan cities to enjoy half fare: Bus owners 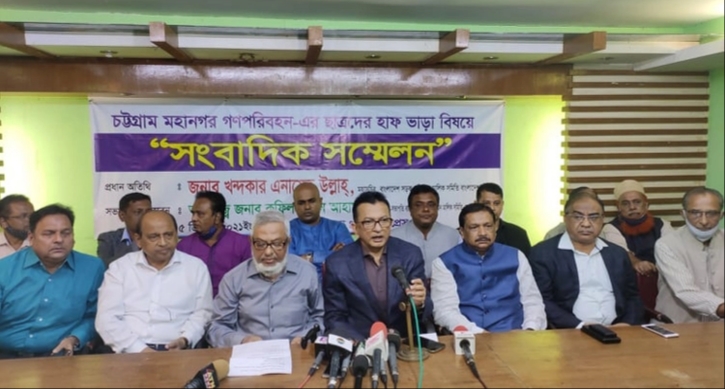 After capital Dhaka, students in all other metropolitan cities, including Chattogram, will enjoy half fare while travelling in public transport with effect from December 11.

Secretary General of Bangladesh Road Transport Owners Association Khandaker Enayetullah came up with the announcement while speaking at a press briefing at Chattogram Press Club on Sunday.

The students will enjoy the half fare from 7 am to 8 pm and they have to show their identity cards to avail of this opportunity.

However, it will not be applicable on government and weekly holidays and other holidays of educational institutions, said Khandaker.

But a 50% discount will not be applicable outside cities, he added.

“We’ve taken the decision to allow half fare for the students in public buses in all the cities following the demand of the students and we hope now they will go back to their respective institutions,” he added.

In the face of student protests, Dhaka Road Transport Owners Association on November 30 decided that all the students in Dhaka Metropolitan area will get a 50% discount from December 1.

On November 3, the government raised the prices of diesel and kerosene by Tk 15 per litre, prompting the transporters to enforce an indefinite strike in the country on November 7 demanding a hike in bus fares.

Amid the worsening public woes caused by the transport strike, the Bangladesh Road Transport Authority (BRTA) raised the bus fares of intra-city and inter-district buses by 26.5% and 27%, respectively.

Following the hike in fares, students started demonstrating in the streets demanding half fares in public transport for them.