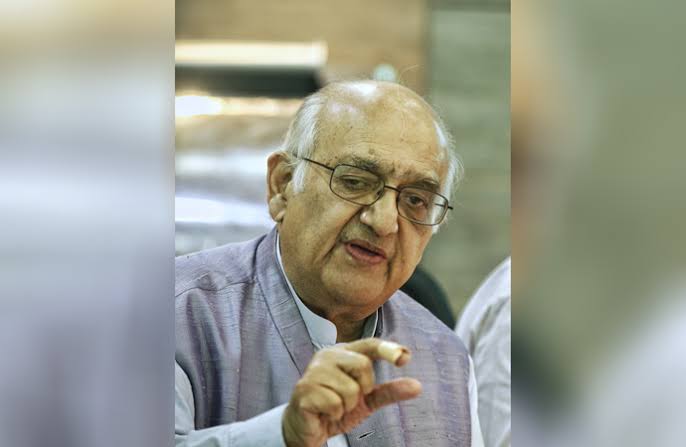 The noted economist and former advisor to caretaker government made the remark at an event titled “50 Years of Bangladesh: Retrospect and Prospect” organised by CPD virtually.

“Bangladesh’s progress in forex reserve, infrastructure, human development, life expectancy, and poverty, compared to Pakistan, has served to validate Bangabandhu’s vision that an independent Bangladesh, in full command of its own destiny, would be able to move ahead more rapidly than under the dominance of Pakistan,” he said.

“In the course of these 50 years, Bangladesh’s progress may have exceeded Bangabandhu’s expectations.”

Bangladesh’s progress is not merely measurable in statistical terms but is manifested in the major structural changes in the economy and social transformation resulting from our liberation, said the economist.

“These remarkable changes in our economy have been driven by the emergence of a dynamic entrepreneurial class which is represented not just by the RMG entrepreneurs and corporate business houses but extends across a much broader social spectrum,” he said.

He noted that perhaps the most dramatic advances have been registered by Bangladeshi women whose gender development index has not only moved well ahead of Pakistan but is also ahead of India.

Narrating the growth, he said that Bangladesh has moved well ahead of Pakistan in most areas, particularly in the last 25 years and more so in the last ten years.

Higher growth rates have moved Bangladesh’s per capita income, which was 61 per cent below that of Pakistan in 1972, to exceed Pakistan’s PCI in 2020 by 62 per cent, he added.

“Bangladesh has transformed itself from a largely agrarian society, exclusively dependent on growing paddy for subsistence and jute as a cash crop, where agriculture was the principal source of both GDP and household income,” he noted.

The CPD chairman said Bangladesh was once industrially backward, dependent on a single industry, jute and a single source of exports, jute products. But the situation has changed and today, the GDP contribution of industry exceeds that of agriculture. In the rural areas, more than 50 per cent of household income derives from non-farm sources, he said.

“Our exports, now largely dependent on manufactures of RMG, rather than jute products, have grown exponentially while remittance from overseas migrants has emerged as our largest foreign exchange earner which has strengthened our balance of payments,” he noted.

The economist argued that while Bangladesh’s economy has registered impressive growth and poverty has been reduced, income inequalities and social disparities have widened.

“This represents an unjust distribution of the gains from our development and an inadequate recognition, in terms of policies and public support, of the larger constituency of social forces which have also driven our progress,” he explained.

The widening of social disparities owes not just to policy and allocative deficiencies but to unjust governance in various spheres, where laws already enacted are not decisively acted upon, policies are not fully implemented and regulations are weakly enforced, said Rehman.

The weakness in enforcing government regulations related to such areas as road safety, building codes and environmental protection, the inability to ensure that conflict of interest rules are applied so as to ensure that competitive forces operate in all public procurement and development projects, he added.

“Economic and social injustice, originating in state actions, are compounded by the depreciation in the quality of our democracy, manifested in the weakening credibility of our electoral process, the erosion in the freedom of the media, unfair access to public services and inequitable protection under the rule of law as well as from law enforcement,” he added.

The capture of our electoral institutions by the business elite, the dominance of money and force in our electoral contestation have further moved us away from Bangabandhu’s vision of a just democratic order where the voices of the less privileged members of society could be clearly heard in our institutions of governance, Rehman explained.

“Much can be done towards bringing greater justice to the governance process if the ruling regime remains committed to realising Bangabandhu’s vision of a just society.

“Ensuring the rule of law, implementing policies and enforcing regulations, remain within the domain of a well-intentioned government and do not require revolutionary upheavals,” he said.