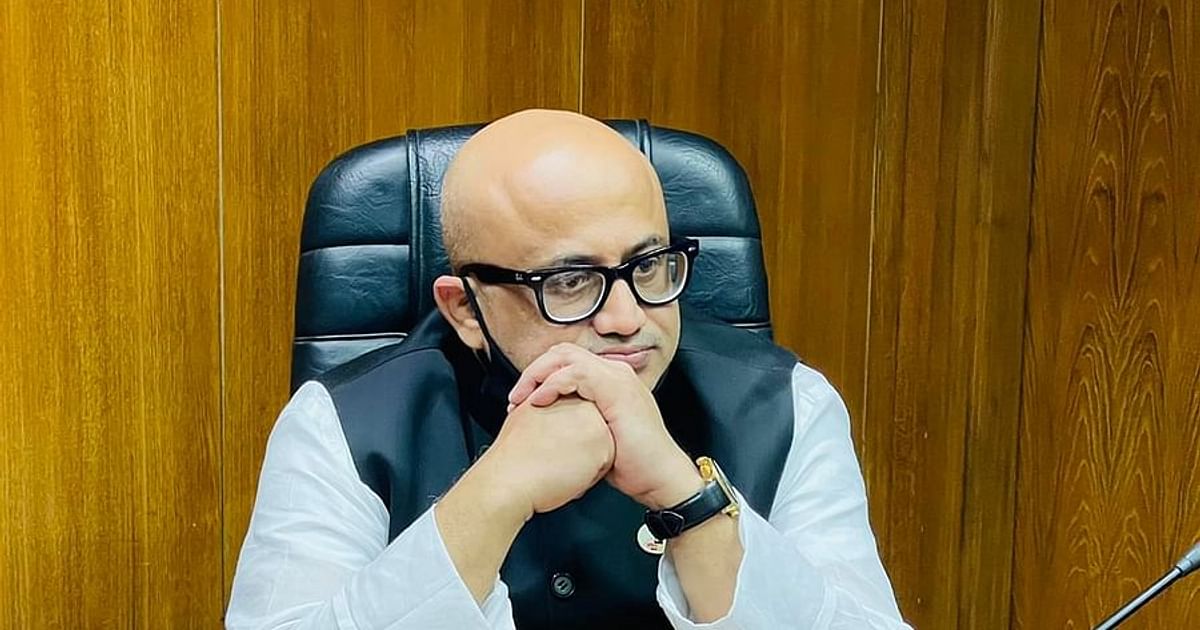 Prime Minister Sheikh Hasina has asked State Minister for Information and Broadcasting Md Murad Hassan to resign over his ‘derogatory’ remarks against women and involvement in immoral activities.

The state minister has been asked to resign by Tuesday, Awami League General Secretary Obaidul Quader told reporters in Dhaka on Monday.

The minister further said he conveyed the message to State Minister Murad Hasan at 8.00 pm on Monday night.

The prime minister’s instruction came after his telephonic conversation with actors Emon and Mahiya Mahi went viral on social media and his ‘derogatory’ remarks against BNP Chairperson Khaleda Zia and her family members.

Criticism also poured in social media following his blistering remarks. In a phone call, Murad threatened to rape Mahi and pick up her.

Emon admitted that the telephonic conversation had occurred in 2020.

During an interview published on social media on Saturday, Murad called Khaleda a lecher and alleged that her granddaughter Zyma Rahman – daughter of BNP acting chairman Tarique Rahman – needed the company of a black man every night.

“We wonder how a public representative as well as cabinet member can make comments like a women-hater and racist person. How could he boast after making such remarks?” Naripokkho said in a statement signed by Tamanna Khan Popy on Sunday.

The organisation sought the intervention of the prime minister about taking punitive measures against Murad, who has always made the headlines by making statements about the BNP-Jamaat and the collaborators of the 1971 Liberation War.

He recently drew flaks by saying that the state religion provision should not remain in the constitution, even though the party’s senior leadership is not considering the matter.

BNP on Monday urged Prime Minister Sheikh Hasina to make clear her stance on offensive comments made by the state minister.

“A very disgusting, derogatory and indecent campaign has been carried out on social media against the Zia family by an infamous person. I’ve heard he was a doctor probably from Jamalpur’s Sarishabari… shame on him,” said BNP Secretary General Mirza Fakhrul Islam Alamgir.

Speaking at a discussion, he said the junior minister made a "dangerous" comment that he does everything at the behest of the prime minister and she knows everything that he says.

“From this meeting, I want to ask the prime minister to clarify whether it’s true or a lie. You’ve to explain it as it’s your responsibility to protect the security of people and their dignity as prime minister. At the same time, we also want to know your government’s stance when a minister can make such an awful statement in the media involving you (PM),” the BNP leader said.