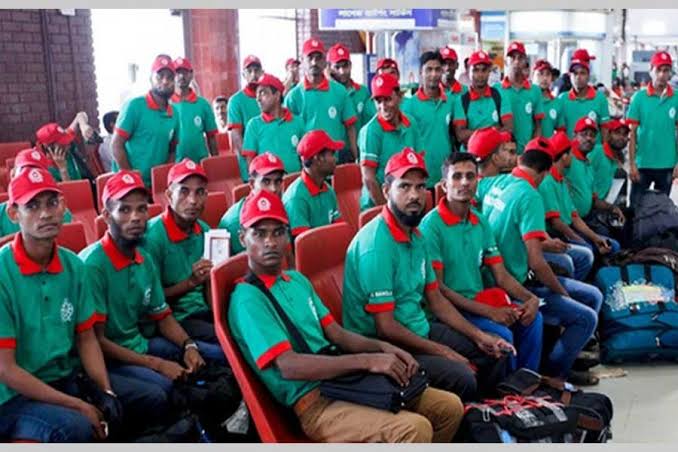 Malaysia reopens manpower market for Bangladesh after a four-year ban, paving the way for increasing overseas jobs and remittance, the government hopes.

Minister for Expatriates' Welfare and Overseas Employment (EWOE) Imran Ahmad, after a joint meeting, announced that the Southeast Asian country would start hiring workers within this month.

After the signing of agreed minutes of the first Joint Working Group (JWG) meeting, the minister also told the waiting journalists that Bangladesh would be able to send more than 200,000 workers to Malaysia over the next one year following the reopening of the market.

After five months of the signing of a memorandum of understanding (MoU), the job-destination country is resuming recruitment of Bangladeshi workers following extensive groundwork for resolving some issues.

Malaysia will bear most of recruitment charges, including airfare, visa and immigration. So, the cost of migration would decline from the charge that was fixed at Tk 160,000 for Malaysia-bound workers earlier.

The government will fix the cost of migration that will be borne by the workers for their different purposes, like passport and medical-fitness certificates, in the light of the MoU, Imran Ahmad said.

Workers will earn MYR 1500 or about Tk 30,000 as monthly wages. Food and accommodation costs will be borne by employer.

On the other hand, after the meeting with Bangladesh's EWOE minister, Malaysian Human Resources Minister M Saravanan told the journalists that as the labour-receiving country, Malaysia would select eligible recruiting agencies to hire workers.

"And this is the responsibility of my country," he said, adding that he would place the issue with his cabinet.

Workers will be hired from the government databank. Both the ministers assure that they will strictly check any kind of malpractice from their respective side.

The ASEAN country will hire foreign workers for its sectors like plantation, agriculture, manufacturing, services, mining and quarrying, and construction.

Malaysia, a vital market for workers, signed a fresh deal with Bangladesh on December 19, 2021 for hiring workers for different sectors. However, recruitment could not take off due to different tricky factors, including alleged syndication in the process.

The reopening has come after about four years' moratorium following the syndication in the previous recruitment system. The Malaysian government stopped hiring workers from Bangladesh in September 2018.

More than 1.0 million Bangladeshis have gone to Malaysia for jobs since 1978, as per the Bureau of Manpower Employment and Training (BMET) data.