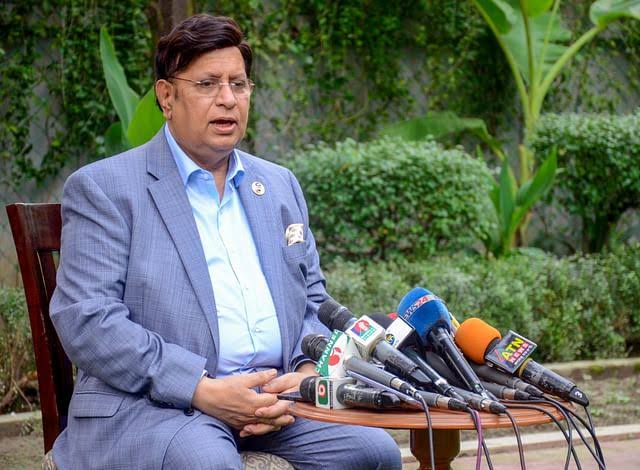 Bangladesh is looking into different aspects of the Indo Pacific Forum and will take the decision in this regard after completion of the scrutiny, the minister said while talking to newsmen at his office.

When his attention was drawn to recent remarks by Chinese officials, who apparently urged Bangladesh to not join the forum, Dr Momen made it clear that the opinion of other countries including China, will not be taken into account in finalising the decision.

“Many quarters may express opinions. We will hear those but we will make our decision on the basis of our interest and benefits”.

We shall do whatever is good for the country, and we are lucky to get a strong leader like Prime Minister Sheikh Hasina, who always takes decisions considering the people's interests.

A vivid example of it is the Padma Bridge, the foreign minister added.

“One of those is supply chain issue and we have no problem in it,” said Momen.

“But we are not clear on the issue related to data management. We need to get details about it.”

Another aspect of the proposal is the issue of money laundering and corruption. When someone invests a large amount of laundered money in a particular country, they are provided with work permits and immigration which is contradictory, observed the minister.

And we are facing difficulties in getting information about the laundered money due to the privacy acts of the countries, said the foreign minister.

“The fourth issue is free mobility in the areas of Indo Pacific sea and we also have the same policy. We are also for inclusive, free, and secure navigation in the Indo-Pacific sea” said the minister.

Responding to another question, he said that the Chinese foreign minister sent a message to him expressing condolence for the loss of lives in the Sitakunda container depot fire incident.

Momen said that the Joint River Commission meeting between Bangladesh and India will not be held before the Joint Consultative Committee meeting on June 19.