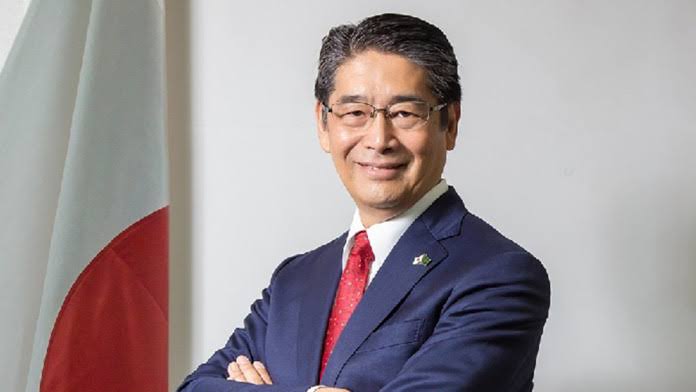 Japanese ambassador to Bangladesh Ito Naoki on Sunday said the under-construction Araihazar economic zone (EZ) will be a test case for Bangladesh to attract foreign investors at a large scale.

Hailing the development progress of the special economic zone (SEZ), especially for the Japanese investors, he said the site is expected to be completed by this year and the first set of the companies will hopefully become operational by the first quarter of the coming year.

"If it is successful, businesses will get confidence to come in from various countries. So, it will be an important test case for Bangladesh to attract foreign direct investment," he told a roundtable at a city hotel.

The Institute of Chartered Accountants of Bangladesh (ICAB) and the Japan Bangladesh Chamber of Commerce & Industry (JBCCI) jointly organised the discussion on Foreign Direct Investment (FDI) prospects in view of the national budget for FY 2022-23.

The Japanese envoy said that poor infrastructure is being considered one of the key bottlenecks that discourage overseas investors coming to the country despite having huge prospects mainly for its demographic strength.

Citing key development projects cooperated by Japan like Dhaka Metro Rail, Elevated Expressway, expansion of Hazrat Shahjalal International Airport and Matarbari Deep Sea Port, he said these projects are expected to be completed in the next few years.

"After 5-10 years, Bangladesh will completely be different (in terms of infrastructure development) and will become an attractive destination for FDI," he added.

He suggested reforming the business regulations to ensure a business-friendly climate and said the local RMG manufacturers are getting a 4.0 per cent cash incentive for exporting to new markets.

But overseas clothing companies having the production base here did not get the benefit when they export their products to the new markets, he added.

"I raised this issue many times, but no progress. Equal policy measures are required to allure overseas investors," he said.

In Bangladesh, the foreign companies need to renew their licence after one year, two years or three years, which is not realistic. It should be made one time, he pointed out.

In the discussion, the experts highlighted the importance of simplification of tax administration, predictable policies, proper infrastructure and human capital to attract more FDI.

ICAB president Md. Shahadat Hossain FCA said Japan has been continuously supporting Bangladesh for its successful graduation from the LDC.

At present, approximately 320 Japanese companies are doing business in Bangladesh and the number is expected to rise in recent years.

The FDI is considered a significant vehicle to build up physical capital through transfer of technology and managerial skills and knowledge between the countries, he said, adding Bangladesh aims to bring FDI US$ 2 billion in 2022 and US$ 2.5 billion in 2023.

JBCCI President Asif A Chowdhury said appropriate reform measures are needed in the administrative system - the bureaucracy needs reorganisation to bring about a perceptible improvement in its efficiency and productivity while bureaucratic control and interference in business and investment activities should be minimised on a priority basis.

Emphasising improving the efficiency of port services, he said the customs clearance procedures must be simplified along with the improvement in physical facilities and reforms in the labour management system to ensure the ease of doing business.

He also placed a number of recommendations regarding privatisation, modernisation of business law, policies for macroeconomic stability, etc.

Chief Country Representative of JETRO Dhaka Office Yuji Ando said VAT registration has been made mandatory for liaison and branch offices of foreign companies from the next fiscal year which will take more time and the entrepreneurs will face difficulty in the process of VAT registration.

General Manager of Marubeni Corporation, Dhaka Office Hikari Kawai termed the national budget a very positive and balanced one. The size of the budget indicates a good economy and it shows the foreign investors a good indicator for thinking about more investment in the country.

He demanded that the government should give more concentration on the public-private partnership like IPP to attract more investments. Japan will invest more in infrastructure development mega projects in future.