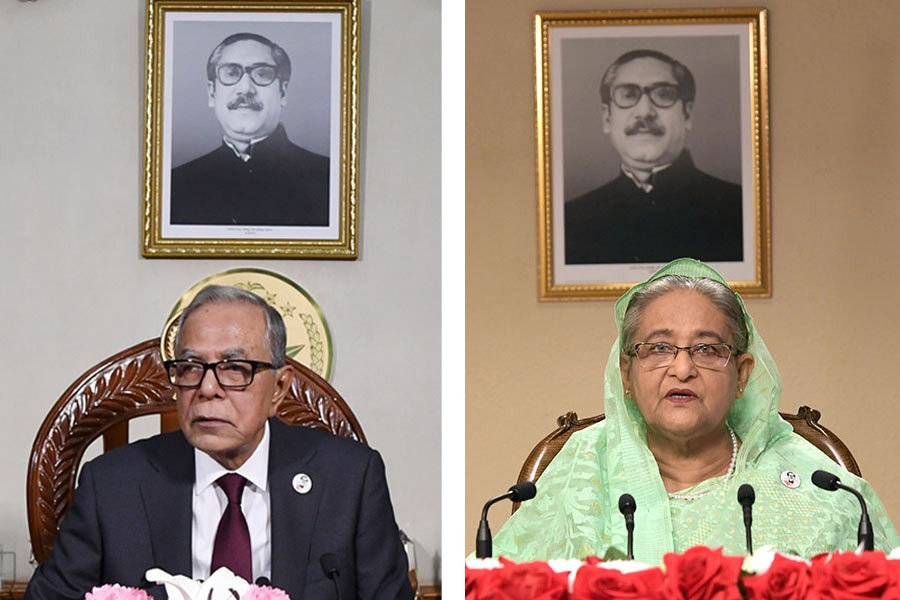 Country's oldest university and highest echelon of academic excellence, the University of Dhaka is going to celebrate its 101st founding day today (July 1) in a befitting manner.

In his message, President Abdul Hamid said: "The journey of Dhaka University started on July 1 in 1921 with the aim of spreading the light of knowledge in the Indian subcontinent."

Since its inception, the University of Dhaka has been playing a positive role in the spread of higher education, quality research, expansion of knowledge and science, practice of free will, creation of skilled human resources and formation of a modern and progressive society, he said.

The head of the state expressed his sincere greetings to the current and former students, teachers, guardians and the staff on the 101st founding anniversary of the university, which is promoting knowledge for a long time.

This university also has an important role in the development of Bangalee nationality, Hamid said, adding that the students and teachers of this university have led all the democratic movements and struggles of the country including the historic language movement, the great War of Liberation and various socio-economic developments of the country.

"A knowledge based society is a pre-requisite to establish a developed Bangladesh within 2041," he said.

The president hoped that Dhaka University would play a key role in creating knowledge through quality education and research.

In her message, Prime Minister Sheikh Hasina expressed her greetings to the members of DU family on the 101st anniversary of the university.

"I am very proud to be a former student of this university. Many members of Father of the Nation Bangabandhu Sheikh Mujibur Rahman's family including Sheikh Kamal and Sultana Kamal are alumni in Dhaka University. So, I have a cordial relationship with this university."

The Awami League-led government is relentlessly working to make Bangladesh's development sustainable by ensuring equal access to quality education for all, the premier added.

"Every time we have formed a government under the leadership of Bangladesh Awami League, inspired by the motto of Father of Nation, we created a favorable environment for education and research by freeing all the campuses of the country, including Dhaka University, from terrorism," she continued.

"Our goal is to build skilled human resources with knowledge of science, information and technology to meet the challenges of globalization and the fourth industrial revolution (4IR). We want the full cooperation of students and parents to achieve this goal," she added.

Both the president and the premier wished success of all the programmes taken on the occasion of the 101st founding anniversary of Dhaka University.

The DU started its journey with just 877 students in three faculties and 12 departments in 1921.

The DU has played a vital role in Bangladesh history. Its students and teachers had sacrificed their lives in the Language Movement in 1952, the Mass Upsurge in 1969 and the Liberation War in 1971.

Even the national flag of Bangladesh was first hoisted at Bot Tola on the Dhaka University campus on March 2, 1971.