Qatar World Cup will be most luxurious yet 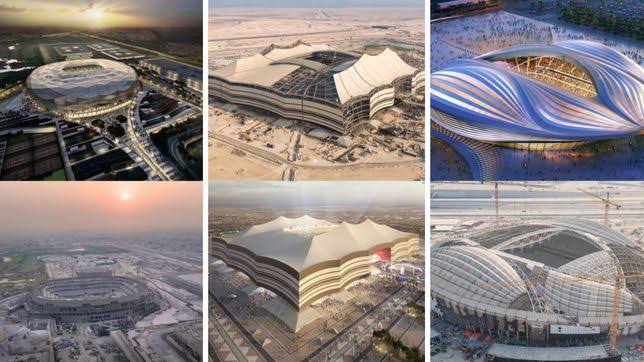 A company that sells exclusive FIFA packages to the well-heeled is predicting record sales for the World Cup in Qatar, but its owner insists the tournament will be "good value" for all fans.

Jaime Byrom, who has sold millions of hotel rooms over 10 World Cups, said wealthy supporters will be flocking to the tiny Gulf state from around the globe on private planes and yachts.

Byrom's Match Hospitality has contracted 450,000 of the three million tickets for the tournament that starts November 20.

Packages range from $700 for a top ticket with a slap-up meal, to bills of a million dollars-plus for big groups staying in top hotels and watching several matches.

Byrom refused to give the highest prices for his Pearl Lounge at the Lusail Stadium, where the December 18 final will be held.

At the lounge's 116 seats overlooking the halfway line, guests get special gifts, the food is prepared by Michelin-starred British chef Jason Atherton and the champagne flows.

The luxury at this year's World Cup "will exceed anything that we have delivered before", Byrom said.

"There will be people who spare no expense to be here," he said.

"They will bring their yachts they will fly their private aircraft, they will certainly make good use of their wealth. But that's only a minority of people."

"There are just some people who are fortunate to have more money than others and they will have an experience that is beyond the reach of most of us and that is the way it is."

And hospitality fees are a key earner for FIFA -- $184 million for the 2014 World Cup in Brazil, according to the world body's accounts.

Byrom told AFP that Match will beat the record revenues and 230,000 packages sold in Brazil.

Wealthy football fans -- especially from Gulf nations -- will be flocking to the first World Cup in an Arab nation. The company said that revenues are already 29 percent higher than they were 100 days before the Brazil tournament started.

"We are now dangerously close to surpassing the record that we set in Brazil and we know from past experience that the last three months are key to the success of the competition," said Byrom.

Match said Mexico, the United States, Britain and Argentina have bought the highest number of hospitality packages. But Qatar, Saudi Arabia and United Arab Emirates were highest for revenues.

India, Hong Kong, and Bangladesh -- which like UAE do not have teams at the World Cup -- were also in the top 10 buying nations, highlighting the spread of football's popularity.

But he insisted that the fans with money were no less passionate about the game than the many poorer supporters who start saving for the next World Cup as soon as one finishes.

"The behaviour, the enthusiasm shown by these world famous individuals versus the normal fan, it is not dissimilar."

Some fans will be sharing $200-a-day portable cabins on the edge of Doha and others will stay in desert camps. But Byrom said the Qatar World Cup will still be "very good value" as the price of most rooms are controlled by the government, rather than sold at market rates.

Fans can also take advantage of not having to travel large distances between host cities, as they did in Russia in 2018 and Brazil, said Byrom. None of Qatar's eight stadiums are more than 70 kilometers (45 miles) apart.

"It is the first, and it will be the last time I guess, that a World Cup will be staged in a single location," he said, predicting an "extraordinary World Cup".

"Because Qatar is not the largest country in the world, people were surprised. But it is a country that dared to dream that they could stage the World Cup and they succeeded and they have done an excellent job."