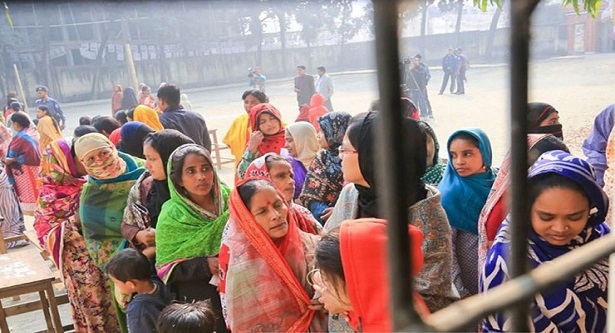 Balloting in Khulna City Corporation (KCC) election began at 8am Tuesday amid tight security and a festive mood.

Election Commission sources said the polling started on schedule at all the centers simultaneously. The voting will continue till 4pm without any break.

A total of 289 polling stations with 1,561 booths have been set up for casting votes where 4,572 presiding, assistant presiding and polling officers were deployed. Of the centres, 234 have been considered as vulnerable.

With the start of the balloting, the voters are seen rushing to the respective polling stations to exercise their right to franchise.

A good number of voters expressed their satisfaction over the peaceful polling environment in the city.