Teesta not a failed case yet: Sushma 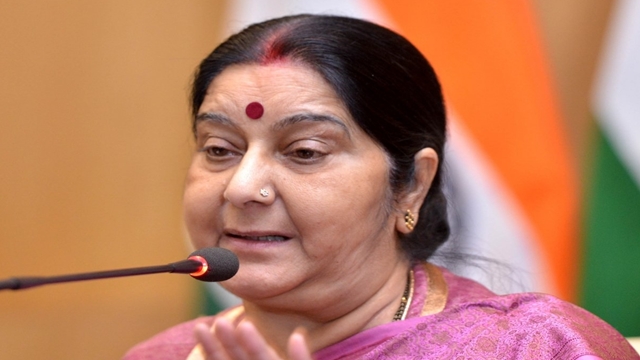 Indian External Affairs Minister Sushma Swaraj on Monday said the current Indian government still has one year left and her government cannot be tagged with failure in terms of resolving Teesta water-sharing deal with Bangladesh.

“Our government has completed four years in office and still entire one is left. So, not reaching the Teesta treaty cannot yet be called a failure of this government,” she told reporters in New Delhi.

The Indian minister made the remark at a press conference when asked whether not been able to sign Teesta deal was a failure of their government.

She said no resolution over Teesta issue is possible without taking all stakeholders on board.

Sushma said West Bengal is the main stakeholder and they are talking frequently to West Bengal Chief Minister Mamata Banerjee.

Prime Minister Sheikh Hasina had separate meetings with her Indian counterpart Narendra Modi and West Bengal Chief Minister Mamata Banerjee on May 25 and 26.

Mamata in April last year gave an alternative proposal for supplying the waters of Torsa river, instead of Teesta, as West Bengal will suffer if Teesta water has to be shared.

She said the federal Indian government cannot bypass the West Bengal government as it is the state which has to share the Teesta waters and has to weigh pros and cons of how much it will be affected by the proposed deal.