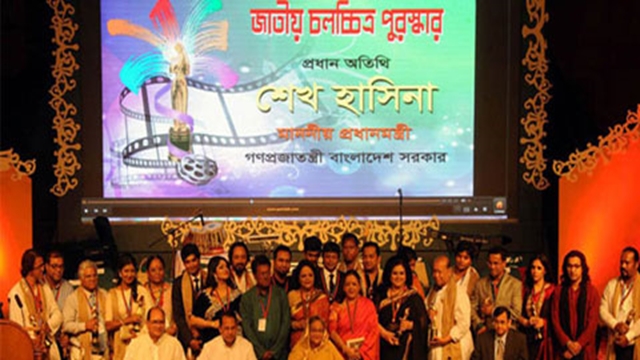 The National Film Awards-2016 will be distributed through a gala function at Bangabandhu International Conference Centre (BICC) in the city on July 8.

Prime Minister Sheikh Hasina is scheduled to hand over the awards, the highest recognition for contribution to the film industry.

On April 5, the Information Ministry announced the names of the National Film Award recipients for the year 2016 in 26 categories for outstanding contributions to the industry.

"Aggyatonama" has been awarded as the best film of the year and its producer Faridur Reza Shagar has been mentioned as the awardee for it.

S M Kamrul Ahsan has been awarded for his film "Ghran" as the best film producer in the short film category.

In the best documentary category, "Jonmoshathi" has been awarded the best film and Ekattur Media Ltd and Muktijuddho Jadughar have been jointly awarded for it.

Amitav Reza Chowdhury has been awarded the best director award for his film "Ainabazi".

Suchinta Chowdhury Chonchol, better known by his screen name Chonchol Chowdhury, has been adjudged the best actor in the principal role for the film "Ainabazi".

The best supporting actress award went to Tania Ahmed for her film "Krishnapakha".

Shahiduzzaman Selim was awarded the best villain in the film "Aggyatonama".

The best child actor award went to Anum Rahman Khan for his role in the film "Shonkhochil".

Md Habib was adjudged the best dance director for the film "Niyoti".

Wakil Ahmed was adjudged the best male singer for his song "Amrito Megher Bari" in the film "Darpan Bisharjan".

Imon Shaha was adjudged as giving the best tune for the song "Bidhirey, O Bidhi Bidhi..."

Towkir Ahmed was adjudged the best story writer for the film "Aggyatonama".

Syeda Rubayyat Hossain was awarded as the best dialogue writer for the film "Under Construction."

The best editor award went to Iqbal Ahsanul Kabir for the film "Ainabazi".

The best dress and decoration award jointly went to Sattar and Farzana Shan for the films "Niyoti" and "Ainabazi", respectively.