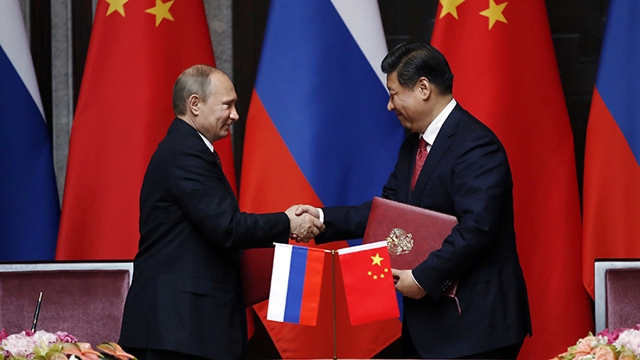 Russia and China have signed the biggest package of contracts in the history of the two countries’ nuclear partnership recently in Beijing.

The signing ceremony was attended by Russian president Vladimir Putin and President of People’s Republic of China president Xi Jinping.

Among the deals two were on construction of 4 new units – two at the greenfield site of Xudabao and two at Tianwan (units 7 and 8). All 4 units will feature Russia’s latest Gen3+ VVER-1200 reactors. The reactors, as well as all other necessary equipment, will be developed and supplied to the nuclear island by Russia. Third deal envisages the supply of equipment, fuel, and services for the CNNC-developed CFR-600 fast reactor pilot project.

The remaining deal is for supply of radionuclide heat units (UHR), to be used as part of radioisotope thermoelectric generators to power equipment in China’s space programme -lunar exploration in particular.

“Today, Russia and China are the leaders in the global nuclear energy industry. Signing of these agreements is the best confirmation of our partnership with our Chinese friends.” Said Alexey Likhachev, CEO of Rosatom state corporation.

“Over the course of longstanding cooperation with our reliable partners – China’s Atomic Energy Authority, the National Energy Administration, and the CNNC corporation – we have created an unprecedented level of trust. Therefore, we developed a framework for joint design and construction at the Tianwan site by both Russian and Chinese specialists. We continue to jointly build the most modern Gen 3+ units in China. Moreover, today we agreed to start the construction of VVER-1200 power units at a greenfield site.”

Russia and China cooperate in various nuclear energy projects, including, but not limited to, the construction of nuclear power plants and supplying isotope products for nuclear medicine.

Tianwan NPP is the largest facility used in Russian-Chinese economic cooperation. Power units No.1 and No.2 were started up in 2007. Power unit No.3 was connected to the grid last December.

The design of Tianwan NPP is based on Russia’s AES-91 project with a VVER-1000 reactor, which fully meets the requirements of current Chinese, Russian, and IAEA regulation.

The construction of Tianwan nuclear power plant is being carried out by Jiangsu Nuclear Power Corporation (JNPC) in cooperation with Russia’s Atomstroyexport, a part of the ASE Group of Companies.