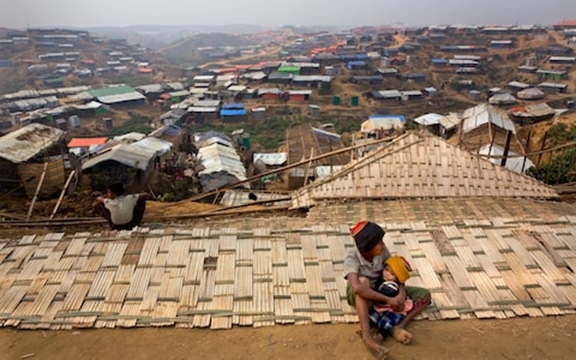 Hosting around a million Rohingyas forcibly displaced from their homes in Myanmar, Bangladesh like other countries in the world is going to observe World Refugee Day tomorrow (Wednesday).

In, what appears to be the fastest growing refugee exodus that the world has witnessed in decades, some 6 lakh 71 thousand refugees fled into Bangladesh from Myanmar’s Rakhine State in less than six months starting in August, 2017.

The new arrivals joined more than 2 lakh Rohingyas from Myanmar already in the country, according to UNHCR.

Like every year, the UN Refugee Agency has released a report on the eve of the day, saying, “Wars, other violence and persecution drove worldwide forced
displacement to a new high in 2017 for the fifth year in a row, led by the crisis in Democratic Republic of the Congo, South Sudan’s war and the flight into Bangladesh from Myanmar of hundreds of thousands of Rohingya refugees.
Overwhelmingly it is developing countries that are most affected.”

In its annual Global Trends report, released on Tuesday, UNHCR said 68.5 million people were displaced as of the end of 2017. Among them were 16.2 million people who became displaced during 2017 itself, either for the first
time or repeatedly.

The data shows the opposite to be true – with fully 85 per cent of refugees in developing countries, many of which are desperately poor and receive little support to care for these populations. Four out of five refugees remain in countries next door to their own.

COAST Trust and Cox’s Bazar CSO-NGO Forum (CCNF) have jointly held a human chain marking the day in front of National Press Club in the capital in the morning.

US Ambassador Marcia Bernicat issued a statement on the eve of World Refugee Day, saying Bangladesh stands out as a beacon of hope and inspiration.

“Bangladesh has saved the lives of more than 7 lakh Rohingyas that fled ethnic cleansing in Burma since August 2017, and is working with Burma to lay
the groundwork for a sustainable future for those displaced,” she said.