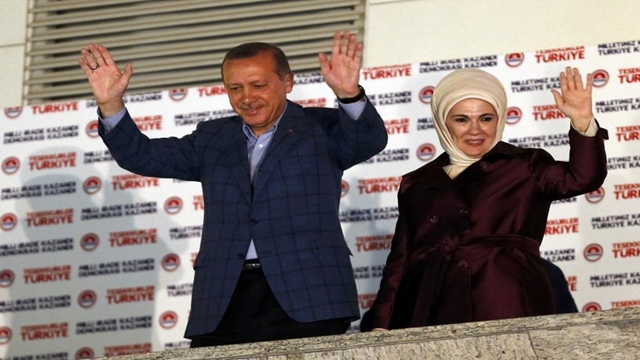 Tayyip Erdogan won Turkey's presidential election on Sunday, the head of the country's electoral body said, overcoming the biggest electoral challenge to his rule in a decade and a half.

Electoral board Chairman Sadi Guven said that with more than 97 per cent of votes counted, Erdogan had an absolute majority. Unofficial results broadcast on Turkish television also gave his ruling party and its alliance partner a majority in parliament.

The main opposition party did not immediately concede defeat. But after initially saying Erdogan would fall well short of a first-round victory, it said simply it would continue its democratic struggle "whatever the result".

Sunday's vote ushered in a powerful new executive presidency long sought by Erdogan and backed by a small majority of Turks in a 2017 referendum. Critics say it will further erode democracy in the NATO member state and entrench one-man rule.

Erdogan's victory paves the way for another five-year term. Under the new constitution, he could serve a further term from 2023, taking him to 2028.

In Sunday's parliamentary contest, the Islamist-rooted AK Party won 42 per cent and its MHP ally 11 per cent, based on 99 per cent of votes counted, broadcasters said.

In the opposition camp, the CHP had 23 per cent and the pro-Kurdish Peoples' Democratic Party (HDP) 11 per cent - above the threshold it needs to reach to enter parliament. The opposition nationalist Iyi (Good) party received 10 per cent.

Election turnout nationwide was very high at around 87 per cent for both contests, the state broadcaster said. 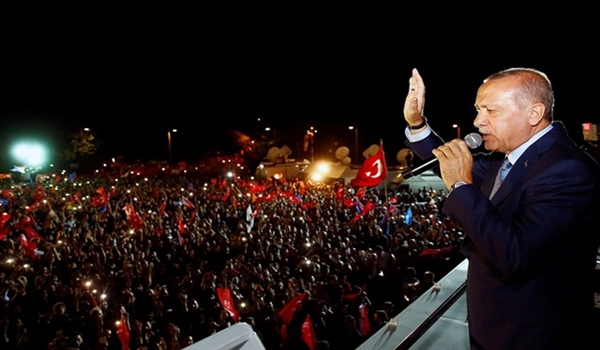 "Starting tomorrow, we will start working to realise the promises we made our people," Erdogan told flag-waving supporters in a victory speech delivered from the balcony of his ruling AK Party's headquarters in Ankara shortly after 3:00 am.

He also pledged that authorities, who have waged a nationwide crackdown since a failed military coup two years ago, would act more decisively against terrorist organisations.

Erdogan, 64, the most popular but also the most divisive politician in modern Turkey, added that Turkish forces would continue to "liberate Syrian lands" so that the 3.5 million Syrian refugees in Turkey could return home safely.

An unexpectedly strong showing by the AK Party's alliance partner, the nationalist MHP, could translate into the stable parliamentary majority that Erdogan seeks in order to govern freely.

"This sets the stage for speeding up reforms," Turkish Deputy Prime Minister Mehmet Simsek tweeted of the results.

The lira, which has lost about a fifth of its value against the dollar this year, firmed more than 1.0 per cent in early trading in Asia on hopes of a stable working relationship between the president and parliament. It reached 4.587 lira to the dollar at 12:17am (2117 GMT) before easing slightly. 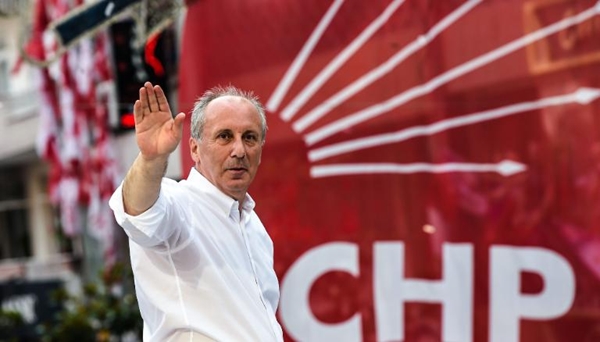 With 99 per cent of votes counted in the presidential race, Erdogan had 52.5 per cent, well ahead of Ince's 31 per cent, broadcasters said.

The opposition raised doubts about the accuracy and reliability of the figures released by state-run Anadolu news agency, the sole distributor of the official vote tally.

But an opposition platform collating its own vote tally from monitors based at polling stations around the country broadly confirmed the Anadolu figures.

Opposition parties and NGOs had deployed up to half a million monitors at ballot boxes to try to prevent possible electoral fraud. They said election law changes and fraud allegations in the 2017 referendum raised fears about the fairness of Sunday's elections.

Erdogan said there had been no serious voting violations.

Erdogan argues that his new powers will better enable him to tackle the nation's economic problems and crush Kurdish rebels in southeast Turkey and in neighbouring Iraq and Syria. 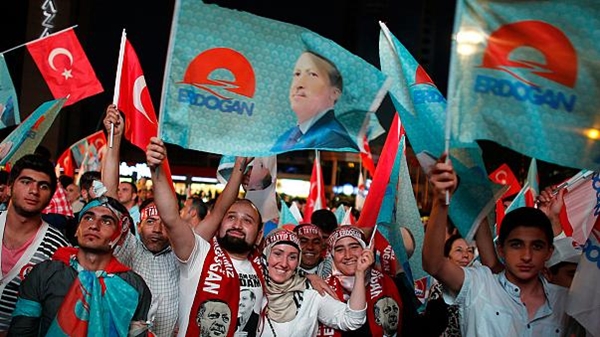 Investors would welcome the prospect of a stable working relationship between the president and the new parliament, although they also have concerns about Erdogan's recent comments suggesting he wants to take greater control of monetary policy.

Erdogan has declared himself an "enemy of interest rates", raising fears he will pressure the central bank to cut borrowing costs after the election despite double-digit inflation.

He brought forward the elections from November 2019, but he faced an unexpectedly feisty challenge from Ince, a former physics teacher and veteran CHP lawmaker, who galvanised Turkey's long-demoralised and divided opposition.

Turkey held Sunday's elections under a state of emergency declared after the failed military coup in July 2016 that Erdogan blamed on his former ally, US-based Muslim cleric Fethullah Gulen.

It limits some freedoms and allows the government to bypass parliament with decrees, although Erdogan says he will soon lift the measure.

Since the coup attempt, Erdogan has waged a sweeping crackdown on Gulen's followers in Turkey, detaining some 160,000 people, according to the United Nations, Reuters reported.

Critics, including the European Union, which Turkey still nominally aspires to join, say Erdogan has used the crackdown to stifle dissent. He says his tough measures are needed to safeguard national security.