China will not fire first shot in trade war with US 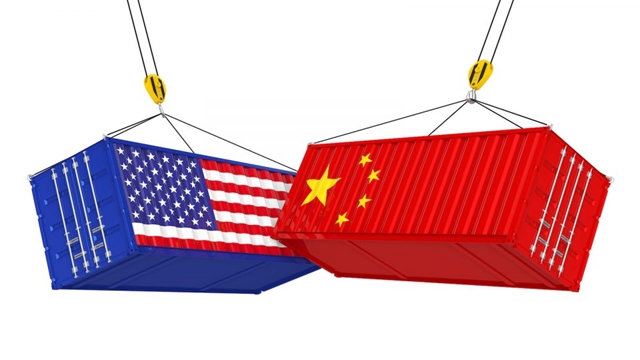 China will “absolutely not” fire the first shot in a trade war with the United States and will not be the first to levy tariffs, its finance ministry said on Wednesday.

A person with knowledge of the plan earlier told Reuters China’s threatened tariffs on $34 billion of US goods would take effect from the beginning of the day on Friday. Given the 12-hour time difference, that would have put its implementation ahead of Washington’s. Other media carried similar reports.

But the ministry issued a brief clarification in response.

“The Chinese government’s position has been stated many times. We absolutely will not fire the first shot, and will not implement tariff measures ahead of the United States doing so,” it said, without elaborating.

Washington has said it would implement tariffs on $34 billion of Chinese imports on July 6, and Beijing has vowed to retaliate in kind on the same day.

Earlier, Chinese Foreign Ministry spokesman Lu Kang said China was ready to act, though he did not confirm the start date for Chinese tariffs.

“As long as the United States issues a so-called tariff list, China will take necessary measures to firmly protect its legitimate interests,” he added, without elaborating.

China’s yuan rose sharply against the dollar on Wednesday, a day after the central bank assured markets it would keep the currency stable amid growing worries about trade friction, although stocks fell.

Chinese state media on Wednesday kept up a steady drum beat of criticism of the United States.

The official China Daily said the United States was intentionally trying to prevent China from developing to keep it from challenging the former’s role in the global economic order.

“The U.S. has maintained hegemony in the military and financial fields for many decades. Now it is pursuing economic hegemony,” the English-language newspaper said in an editorial.

“It has frequently waged wars against other sovereign countries and made use of the dominant influence of the U.S. dollar in the international markets to fleece other countries. Now it is attempting to resort to an all-out trade and economic war to hold back China’s normal development.”

“It’s hard to predict where these moves will lead the world, but Washington will unavoidably pay heavy prices for its attempts to change the whole world to its economic tributary.”

US President Donald Trump has threatened to escalate the trade conflict with tariffs on as much as $400 billion in Chinese goods if Beijing retaliates against the US tariffs set to take effect on Friday.

Chinese currency and stock markets have been jittery ahead of Friday’s tariff implementation.