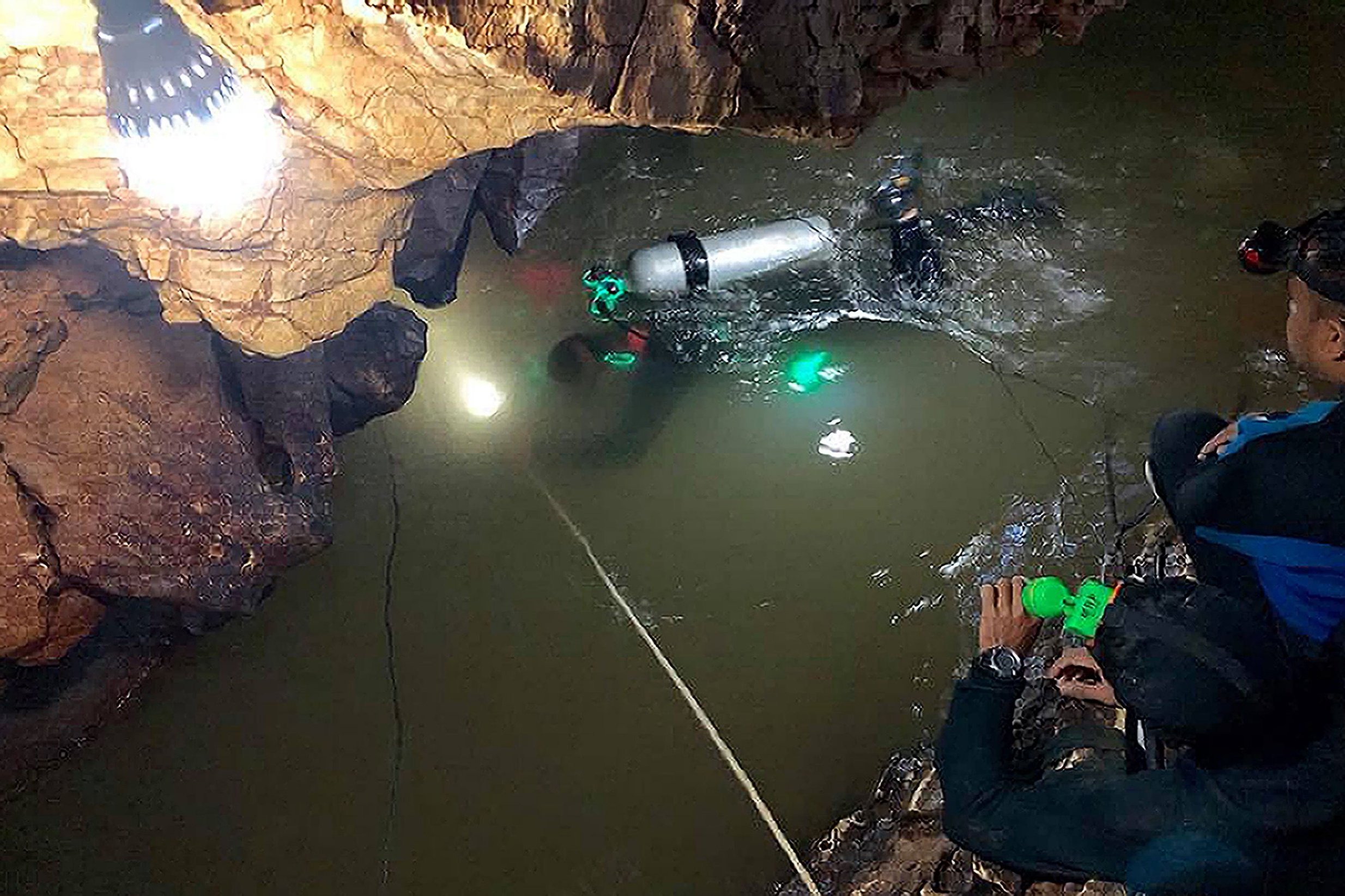 A former Thai navy diver who joined in search efforts to rescue 12 boys and their coach trapped in a flooded cave in Thailand has died.

Saman Kunan, 38, lost consciousness on his way out of the Tham Luang cave complex after delivering supplies to the missing group, officials said.

He could not be revived by his colleagues.

The diver had previously left the navy but had returned to help rescue operations.

"His job was to deliver oxygen. He did not have enough on his way back."