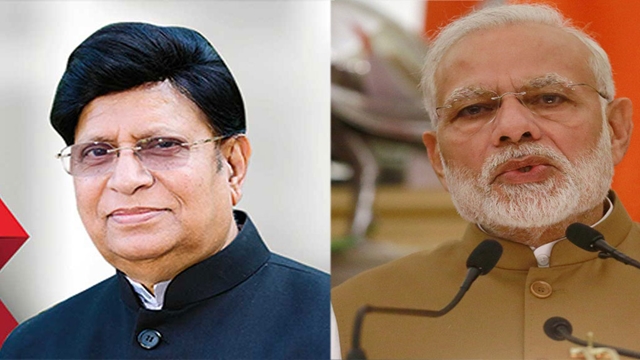 The JCC meeting is scheduled for Friday.

Dr Momen, who arrived in India on Wednesday night, will reiterate Bangladesh's position to work closely with its important neighbor, on all fronts; for the betterment of the two countries, their people, and beyond, during his meeting with Modi, says a diplomatic source.

He is likely to seek India's increased support to resolve the Rohingya crisis.

Bangladesh and India have planned to sign five MoUs during the next round of foreign minister-level bilateral talks on Friday, aiming to take the relations between the two countries to newer heights, an official told UNB.

The documents that are likely to be signed include an MoU between the Directorate General of Health Services (DGHS) of the Ministry of Health and Family Welfare of Bangladesh, and the National Medical Plants Board, India on cooperation regarding medicinal plants.

An MoU among the National Centre for Good Governance, Department of Administrative Reforms and Public Grievances, Government of India, and Ministry of Public Administration, Bangladesh—will include a capacity-building program for Bangladesh’s civil servants; and an MoU between Hiranandani Group and Bangladesh Economic Zones Authority (BEZA) to develop an Indian Economic Zone in Mongla, Bangladesh are also likely to be signed.

The 5th JCC meeting will review the progress made in areas such as: trade and investment, security, connectivity, border management, power, energy, shipping, and people-to-people exchanges; apart from Rohingya issue, said a diplomatic source.

The two countries will also discuss common challenges and find ways for the two friendly countries—along with other like-minded nations—to continue fighting the scourge of terrorism, extremism, and radicalization, the source said.

Previously, acting High Commissioner of India to Bangladesh Dr Adarsh Swaika met the new Foreign Minister of Bangladesh and handed over a letter of congratulations from the External Affairs Minister of India Sushma Swaraj.

Indian Prime Minister Narendra Modi was the first among the global leaders to congratulate Prime Minister Sheikh Hasina after her party Awami League’s absolute victory in the December-30 elections.

Prime Minister Modi expressed his confidence that the partnership between Bangladesh and India will continue to flourish under her “farsighted” leadership.

He also reiterated the importance India attaches to Bangladesh as a neighbor; a close partner for regional development, security and cooperation; and a central pillar in India’s ‘’Neighbourhood First” policy.