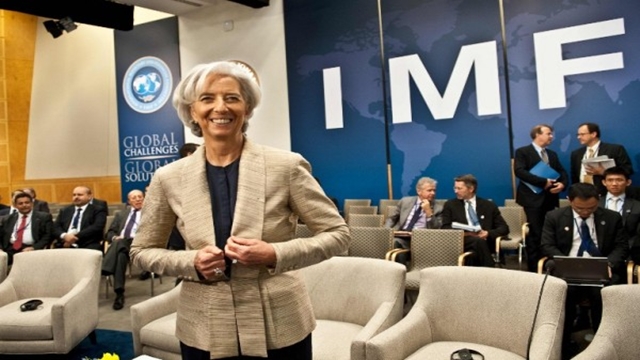 International Monetary Fund chief Christine Lagarde has no objection to plans to turn the euro zone’s bailout fund into a European Monetary Fund, she said in comments published on Saturday.

The European Commission has suggested transforming the role of the government-controlled European Stability Mechanism (ESM) into a full-blown European Monetary Fund under parliamentary control and anchored in European Union law, which would also become a backstop for the euro zone’s bank resolution fund.

The plan is backed by countries including France and Germany.

“Why not?” Lagarde said in an interview with Swiss newspaper Tages-Anzeiger.

“The crisis the euro zone went through showed that it needs a crisis management system that is independent, able to act quickly and that works according to strict rules. What that mechanism is called is secondary. If one wants to call it European Monetary Fund, then please.”

She also brushed aside the suggestion that the IMF’s role was being usurped in a region where it has been involved in bailing out Portugal, Ireland, Cyprus and Greece in recent years - often in exchange for oversight and painful reforms.

“We do not serve a region but 189 countries. That also includes euro zone countries. And if together they decide that other crisis mechanisms like the ESM are involved, that is in order,” she was quoted as saying.