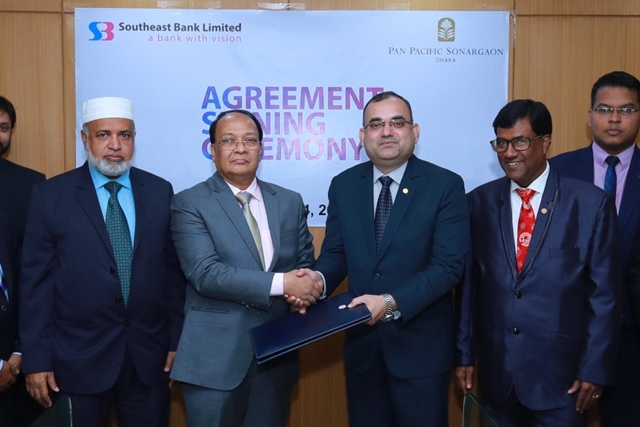 Under the agreement, Southeast Bank ESTEEM, World and Platinum Credit Card Members will get Buy One Get One free facility on buffet meal at Pan Pacific Sonargaon Dhaka, according to a media release.

Md Habibur Rahman, Additional Managing Director, Southeast Bank Limited and other officials from both the organisations were also present at the signing ceremony.