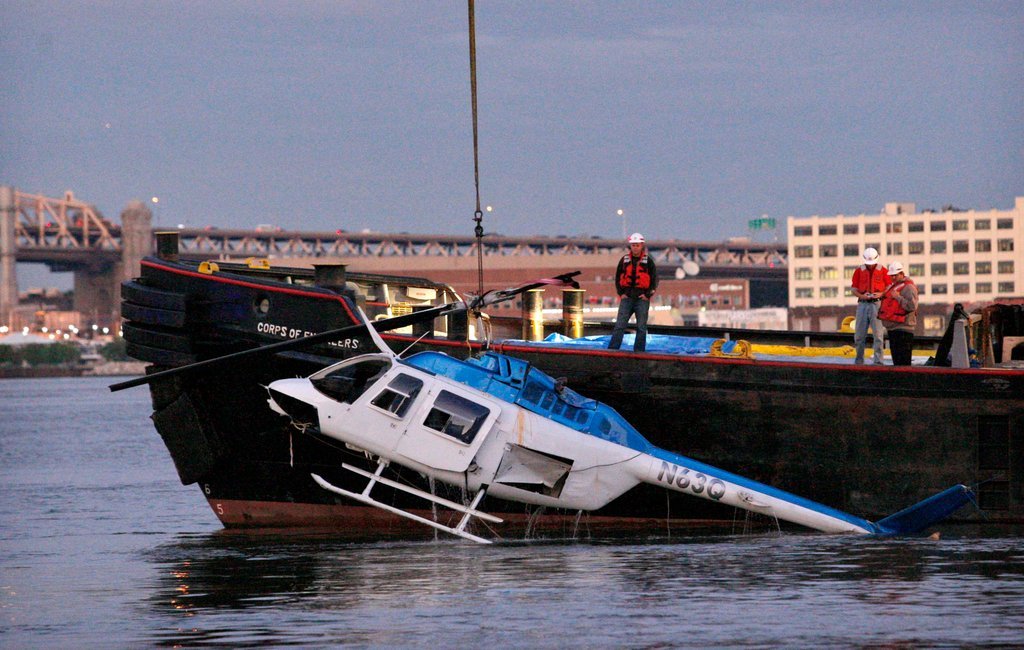 "The mayor was just briefed by the police and fire commissioners. At least one survivor, at least two fatalities. Divers are still in the water," de Blasio's spokesman Eric Phillips tweeted.

New York police confirmed the accident ahead of a press conference scheduled for 9:00 pm (0100 GMT), but without indicating a toll.

New York 1 television, citing police sources, reported that five of the six people flying in the helicopter had died, with only the pilot surviving.

The red chopper, owned by tourism group Liberty, fell into the river near the tony Upper East Side neighborhood around 90th Street, shortly after 7:00 pm at the end of a sunny day.

The cause of the accident was not immediately clear, but local media indicated the pilot had sent a distress signal that mentioned a motor problem shortly before the crash. afp