UN to seek $1b for Rohingya refugee effort in Bangladesh 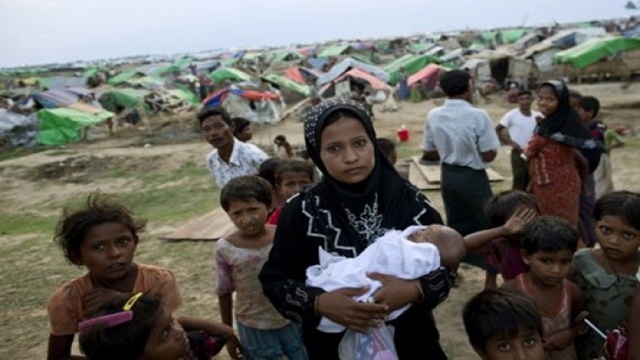 UN officials said Sunday that nearly $1 billion will be needed this year to feed and care for the roughly one million Rohingya refugees living in overcrowded camps in southeastern Bangladesh.

The $950 million for this year's aid effort was "a very legitimate and valid" request given the magnitude of the crisis, the UN resident coordinator in Bangladesh said.

"It's a new and evolving crisis. The needs are huge. These people came with nothing. We hope the support will continue," the UN country head Mia Seppo said.

The funding request could be raised this week at a UN conference in Geneva.

In October, nations pledged $345 million in response to the Rohingya crisis. The UN said at the time it needed $434 million to care for the displaced Muslims until February.

Food, shelter and healthcare remain pressing needs for the Rohingya, who fled a Myanmar army crackdown in Rakhine state en masse over the past six months.

But there are other urgent considerations. As the monsoon season nears, aid groups need to relocate an estimated 100,000 refugees living in areas prone to landslides and floods, Seppo said.

The UN-backed Inter Sector Coordination Group has also factored into the relief budget the cost of mass vaccination drives against diseases like cholera, diphtheria and measles, the group's head Sumbul Rizvi said.

Bangladesh and Myanmar agreed in November to begin repatriating Rohingya who volunteered to return to Rakhine state where the persecuted Muslim minority have lived for generations.

But the process has stalled and it is not clear when it will begin, said Bangladesh's refugee commissioner Mohammad Abul Kalam.

A quarter of the proposed $950 million funding for the remainder of the year would go to Bangladeshis living in Cox's Bazar whose lives have been upended by the massive refugee influx.

Nearly 700,000 Rohingya Muslims have crossed the border since August, clearing forests and camping on hillsides already crowded with more than 300,000 refugees from previous waves of migration.

Prices for local goods have skyrocketed and competition for jobs and resources intensified in the largely-rural border district, said Kalam.

"We will try to compensate these farmers," he said.

Afrujul Haq Tutul, the deputy police chief of Cox's Bazar, said the aid staff had been working on tourist visas, but were later released. afp