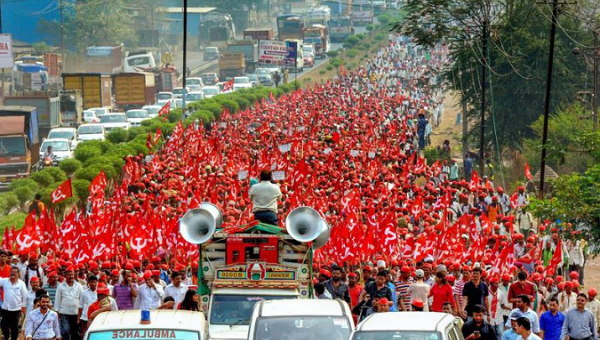 Tens of thousands of farmers from across western India have arrived in Mumbai demanding, among other things, a waiver of farm loans and fair prices for their produce as India's agriculture sector struggles amid years of declining earnings.

The farmers reached India's business capital Monday after marching on foot for up to six days and plan to surround the state legislature of the western state of Maharashtra in Mumbai.

Agriculture employs more than half of India's 1.3 people but has seen earnings dwindle over the years and now only adds 15 percent to India's economy.

Farming in India continues to be largely rain-fed, and apart from poorly thought out policies, has also been harmed by changing weather patterns. Years of droughts interspersed with unseasonal rains have hit farm incomes hard.