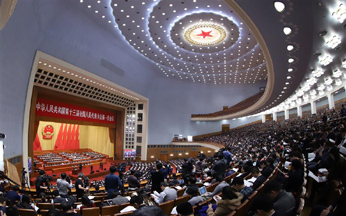 The institutional reform plan of the State Council will be submitted to the on-going first session of the 13th National People's Congress for deliberations.

There will be 26 ministries and commissions of the State Council after the reshuffle, according to a document on the plan available to media.

There will be also new administrations under the State Council, such as an international development cooperation agency, and a state immigration administration. Compared with the current setup, the number of ministerial- level entities is reduced by eight and that of vice-ministerial-level entities by seven, according to the document.

The reform, which aims to push forward the institutional restructuring in key areas, will strengthen the government's functions on economic management, market supervision, social management, public service, and ecological and environmental protection, it says. afp