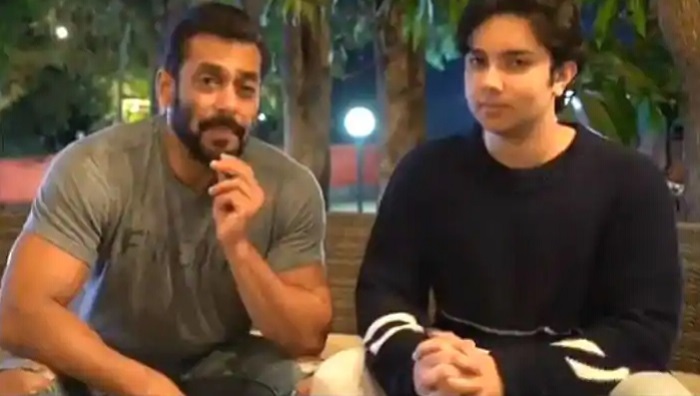 Bollywood superstar Salman Khan along with nephew Nirvaan Khan shared a new video message with his fans and followers on Twitter on Monday morning asking all “Be home n be safe”.

The action hero shared this message to aware his around four crores of fan and followers so that he would be safe in deadly virus pandemic.

The whole world is fighting on the invisible deadly virus Covid-19. Across the globe, thousands of people are dying of coronavirus infection daily.

There is no treatment of such pandemic invented yet.

The only way to keep one safe is maintaining social distances. The main strategy to prevent the virus transmission is cut off the transmission chain. That’s why each and every one has to stay at home maintaining health guidelines.

Salman Khan says that they had gone to that place for a few days and now they stuck there for about three weeks.

Talking about Coronavirus pandemic, he said social distancing is the only way to flatten the curve.

The situation does not demand bravery rather it is demanding people to be scared, he said.

He also requests people not to show unnecessary bravery in these challenging times.

As we all know, Salman has also pledged to financially support 25,000 daily wage workers from the film industry.