Save agriculture, save economy! 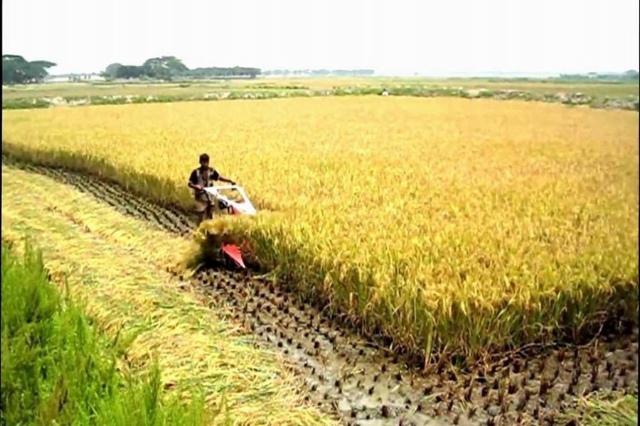 LIKE the rest of the world, developed and developing alike, Bangladesh is struggling to cope with the challenges of the COVID-19 pandemic. Unlike any other crisis the world has faced so far, this health crisis appears to be completely different which has unprecedented global economic implications. Stimulus packages for all sectors are being offered by the governments. Our government has also come up with multiple stimulus packages. Initially, the focus was on saving the industry, SMEs and service sector. Eventually, certain prudent steps were taken to safeguard agriculture as well. It must be noted that our economy is significantly different from those of the developed world. Over 80 per cent of our workforce is still engaged in the informal sector, more than 40 per cent of which is employed in the agriculture sector alone. This implies that conventional economic shock management approaches may not be adequate to deal with the current crisis, which requires fast and robust moves to address acute food insecurity leading to hunger. This is where special attention to agriculture sector becomes so pivotal. Rightly so, our Prime Minister has been motivating the farmers to leave not even an inch of land fallow.

On the one hand maintaining the vibrancy of the agriculture sector, at least to some extent, would ensure economic vibrancy in the rural areas. On the other hand, this would ensure food security of the country. Hence, shielding our agriculture from the vulnerabilities is pivotal to cope with the immediate shocks as well as those in the medium- to long-terms. To do so, three key issues deserve to be focused, namely a) making sure that the farmers can take their products in hand to the market and get fair prices, b) making arrangements so that the farmers have the resources (human or mechanised) that they require to harvest the boro crop, and c) farmers have access to finance required to harvest the crop in the field and procure the inputs for the next crops including aman variety of paddy.

The first concern is related to the challenge which the farmers are facing in marketing the products which they now have in their hands. Despite all the prudent moves from the government and proactive initiatives from parts of the public administration, it must be acknowledged that because of the ongoing "partial lockdown" many households relying on income from agriculture are suffering. They range from those producing vegetables to those producing poultry and dairy products. Most of them are being forced to sell their produces at throw-away prices. Some are not lucky enough to sell at all. They are, therefore, forced to leave their products in the fields to rot. The fate of the small and medium entrepreneurs involved in the poultry and livestock sub-sectors is even more pathetic.

Of course, there are some good examples as well. For example, some farmers from Ishwardi upazila in Pabna confirmed that the public administration bought their produce to distribute among those poor families who were buying rice at BDT 10 per KG. However, the price the farmers received was also meager. Yet, the satisfaction to the farmers was also enormous as they could do something for the needy. The local administration could give fair price to these farmers and complement the relief packages with vegetables procured this way. It would be a win-win strategy. The government might consider thinking about this 'out of box' strategy. However, we cannot rely on ad-hoc initiatives alone. Other stakeholders, especially the Department of Agricultural Extension (DAE) have to move in to cut an institutional deal. They have Sub-Assistant Agriculture Officers (SAAOs) placed all over the country who can (and do) report to the head office online. These personnel need to be engaged to conduct a quick survey to determine the bulk of agricultural produces now in the hands of the farmers. Based on these findings, the government and other intermediaries can take initiatives to procure these items and help in marketing of the same. Large grocery chains and online grocery service providers can play a very effective role if given the necessary support from the government bodies. The E-Commerce Association of Bangladesh (E-CAB) can help these online entrepreneurs get in touch with the local digital entrepreneurs at the Union Digital Centres. Some of them are also running the rural e-commerce platform EK-Shop. The Post Office too can join hands in this online marketing activities now that they have mobile financial service in place. NGOs and research organisations working in the field of agriculture value chains can also chip in with their vast practical experience. I-Social, an NGO, has been quite active in providing the digital services. 'Amar Gram Amar Desh' is yet another e-commerce initiative which is already linking urban market with the rural producers.

The second challenge to be dealt with is the lack of human resources required to harvest the crops (especially the boro crop which accounts for 54 per cent of the rice produced in the country) the farmers have in their field now. This is because of the ongoing travel restrictions across the districts amid the pandemic. The migrant agricultural labourers were having problems of mobility until recently. It is said that the haor areas alone will require approximately 500,000 migrant workers to harvest. Thanks to HPM for taking the lead in encouraging local administration to take steps in easing their movements. I was impressed by seeing a news report on cooperation between the two Deputy Commissioners of Lalmonirhat and Sunamganj in facilitating this labour movement. I learnt from one of my students who is a high level police officer that law-enforcing agencies are also helping migrant workers to go to the field.

While steps of cultivation in Bangladesh such as land preparation, pesticide application, and threshing are more or less mechanised, harvesting is yet to be fully so. Farmers still rely on agricultural labour to harvest their crops. As of February 2018, only 1 per cent of the harvesting was done mechanically. Of course, the ratio has increased over the last couple of years, but it has definitely not reached a significant level within this short period of time. Yet, it is reported that harvesting expenses could be reduced by over 62 per cent through use of machines. And use of automatic harvesters would mean farmers not suffering due to lack of agricultural labourers. Neighbouring India, in contrast, has mechanised harvesting to a significant extent and is now likely to rip the benefit during the ongoing lockdown. For example, 90 per cent of harvesting in the Punjab province is done with mechanised harvesters, and even in West Bengal around one-third of the harvest is done with such machines. And hence farmers in these areas are less likely to suffer for lack of human resources during the ongoing lock down. Thankfully, the Bangladesh government has also taken an initiative to promote mechanised harvesting amid the corona crisis. A sum of BDT 2.0 billion has been allocated to the Ministry of Agriculture so that farmers can procure mechanised harvesters at 50 to 70 per cent subsidised prices. While stakeholders from this sector are saying that this sum may not be adequate, it must also be noted that given the existing realities we cannot hope to go for full-fledged mechanised harvesting right now. We should, however, try to increase significantly the ratio of land harvested mechanically, and also need to prioritise areas with lesser availability of labour. Here again, the DAE can play an important role in assessing demand and help prioritise the distribution of the harvesters. I was again happy to know that more than two hundred reapers and combined harvesters have been deployed to the haor area which need these the most now.

While most of our farmers are not at all likely to have access to mechanised harvesting immediately, we still need to accelerate the process of mechanisation. And the immediate solution may be within reach. A large number of urban workers engaged in the informal sector have temporarily migrated to the rural areas due to the shutting down of major cities. The government should make necessary arrangements so that these workers can be engaged in harvesting. I am sure many of them may have already joined the rural labour market for harvesting the boro paddy. This will have two-fold positive impact. On the one hand, farmers will have enough workers to harvest and on the other, temporarily unemployed workers will have the opportunity to earn wages. The local administration and local governments have already risen up to the occasion and facilitating the flow of the migrant labourers into the haor areas. Even the Secondary and Higher Secondary School Directorate of Education in Sylhet has given a circular to the school and college authorities to keep some rooms ready with sufficient hygiene products in store for these workers. It has also encouraged teachers and students to join the fray as volunteers. The harvesting of boro should be immediately followed by hassle-free procurement of rice at the price already declared by the government. The government plans to procure 2.1 million boro rice this year. If there is storage problem the farmers can keep the produce in their family storage and hand over later. A part payment can be given to the farmers in advance as well. But since there is a huge off-take of the food from the public storehouses for distribution among the vulnerable, I don't think this problem of storage will be so prominent now. Only thing to be kept in mind is that this procurement drive has to be transparent and hassle-free.

Finally, ensuring access to finance for the farmers (including the landless ones) is perhaps the most important step needed to shield our agriculture from this crisis. Bangladesh Bank has already declared a refinance scheme of BDT 50.0 billion for working capital facilities for the agriculture sector. The farmers can borrow at only 4 per cent interest rate as BB will give the fund to the banks only at 1 per cent. For some reason, the farmers producing cereal crops and vegetables were left out of this refinance programme. I am happy to see that BB has revised the circular and included these farmers into this refinancing programme.   Like all the other financial stimulus declared by the government, the banking system will be bearing the load here. In the context of us having limited resources, prudent role of the bankers is of critical importance to ensure proper prioritisation and utilisation of the fund disbursed. Thanks to farmers across the country having 10 taka (no-frill) accounts and the widespread presence of mobile financial service and agent banking, it should not be too difficult to reach the farmers effectively and efficiently. Involving the countrywide network of microfinance providers is another welcome move that will benefit the agriculture sector. Under a BDT 30.0 billion revolving refinance scheme, banks will be able to take funds from Bangladesh Bank at 1 per cent interest rate and then channel that fund to MFIs at 3.5 per cent interest rate. The MFIs in turn will provide credit to low income households, farmers and marginal/small entrepreneurs. This scheme will especially suit households that rely on agriculture but do not own land (or have little land). Those who are involved in non-farm activities in the rural areas will also have access to this fund.