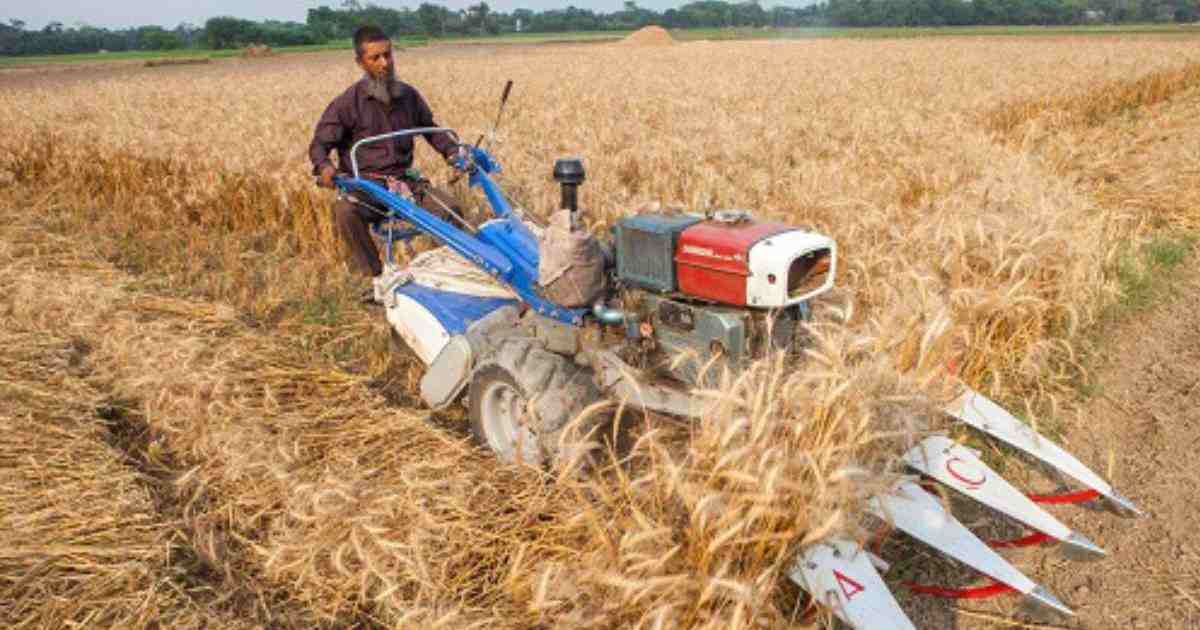 Recognising the importance of agricultural mechanisation amid the coronavirus pandemic, the government has planned to provide farmers with 300 combine harvesters and 500 reapers at subsidised prices within the current fiscal year to face the scarcity of farm workers.

The machines are being provided with the raised allocation of Tk 200 crore kept aside for agricultural mechanization, said officials at the Department of Agricultural Extension (DAE).

The machines will help harvest paddy in a shorter time protecting the crops from the damage of any flashflood and heavy rainfall in Haor and other crisis-hit districts, according to the officials.

Mentioning that they want to provide combine harvesters of three companies --Yanmar, Kubota and Metal, he said the prices of the Yanmar and Kubota brands harvester machines is in between Tk 28-30 lakh each, while the price of a machine of metal brand, which has smaller capacity, is around Tk 20 lakh, he said.

“We also want to go for the use of machines in paddy transplantation,” he said adding that the government puts emphasis on farm mechanisation to address the scarcity of farm workers and reduce the production cost.

The minister said a project titled ‘Agricultural Mechanisation through Integrated Management’ involving Tk 3,000 crore is now awaiting approval of the Executive Committee of National Economic Council (Ecnec) and its implementation can be started in the upcoming fiscal year.

“The agricultural sector will largely adopt mechanisation in the country within the next three years,” he said.

Dr Abdur Razzaque said the government has taken all the preparations to complete the harvesting of boro crops amid the countrywide shutdown enforced to check the spread of coronavirus.

Mentioning that more than 50 percent of haor paddy has already been harvested, he expects that there will be no problem in harvest the boro crops in other plain districts, even during rainfall there.

The government has recently increased the allocation to Tk 200 crore from Tk 100 crore for agricultural mechanisation following the countrywide shutdown.

With the initial allocation of Tk 100 crore, the government provided some 800 combine harvesters – both small and large machines-- and 400 reaper machines. Among those, 570 harvesters and 133 reapers have already reached the field, said Sheikh Md Nazim Uddin, coordinator of the subsidy cell of the Department of Agricultural Extension.

Nazim Uddin, who was project director of Farm Machination Phase-I and Phase-II implemented in 2010-2012 and 2013-2019, said the government provides subsidy to share some 50pc-70pc of prices of agricultural machines.

Among the harvesters, the number of large combine harvesters is around 600 in the country, said the official.

Nazim Uddin said the paddy harvesting may go mechanised in most areas of the country within the next five years.