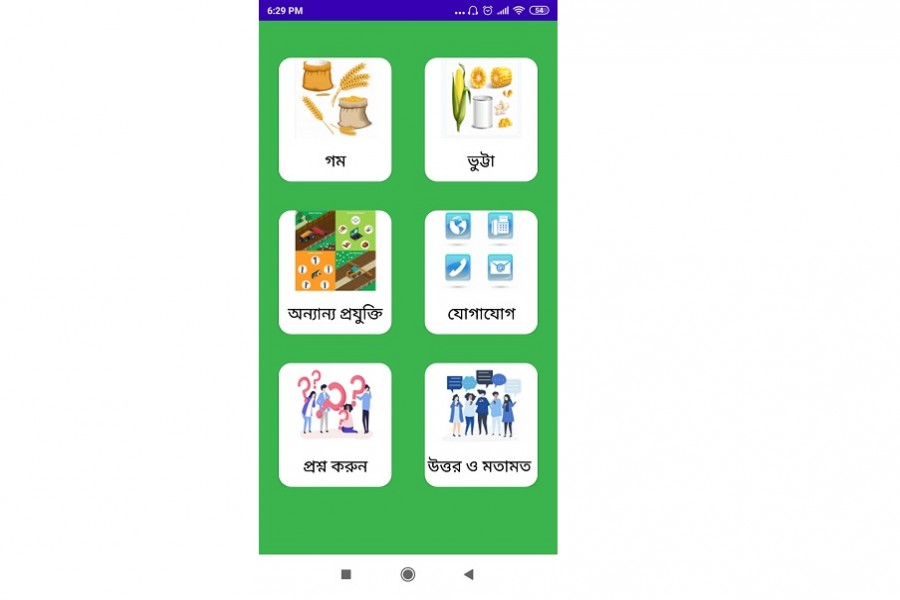 The government on Sunday inaugurated a new mobile based app aiming to promote wheat and maize production in the country further.

The "Gom O Bhutta Totho Vandar" (wheat and maize information store ) app has been inaugurated by Agriculture Minister at a meeting on evaluation of annual development programmes (ADP) at the secretariat.

The minister said the android based app will deliver all possible info related to maize and wheat to both farmers and traders.

He said farmers can find information on new varieties, process of cultivation, time, agro weather, marketing of their produce, whether forecasts and others in regular basis.

He said the app will be very helpful for boosting wheat and maize production further.

Agriculture Secretary Md Nasiruzzaman informed that the ministry has an allocation of Tk 23.61 billion to implement 68 projects under ADP in this ongoing fiscal year (FY21).