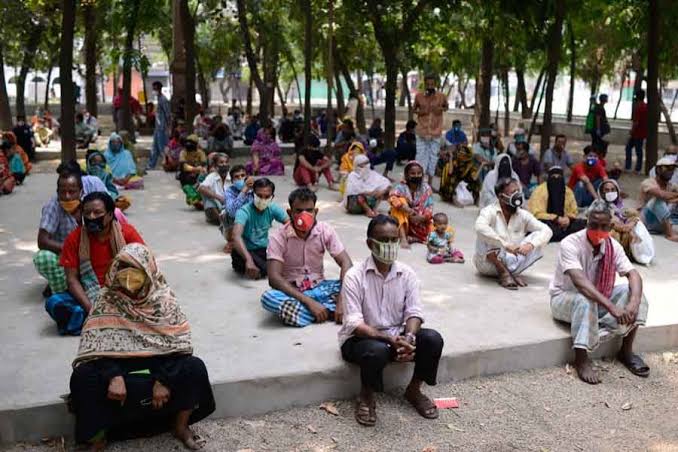 Finance Minister AHM Mustafa Kamal has proposed a total of Taka 113,576 crore budgetary allocation in fiscal 2022-2023 for social safety net which is 16.75 percent of the total budget and 2.55 percent of GDP.

He proposed the allocation while placing the budget for fiscal 2022-23 in the parliament on Thursday.

In his budget speech, Kamal said expansion of the social safety net is an important part of the government's economic recovery efforts to address the impact of the COVID-19 pandemic.

The allowances have been extended to all eligible senior citizens and widows of 112 upazilas in fiscal 2020-2021, he said.

Mentioning that in fiscal 2021-2022, it has been extended to another 150 upazilas, the finance minister said the digital system has already been introduced in 10 major programmes with the aim of bringing all cash transfers of social safety net programmes under G2P system and the number of beneficiaries under G2P has been increased to 26.3 million in fiscal 2021-2022.

He said as a free emergency food aid, arrangements have been made to distribute rice, relief (cash) and baby food to the poor who have suddenly become unemployed due to the outbreak of the coronavirus pandemic.

The ongoing programmes of selling rice at a price of only Taka 10 per kg to the low- income people across the country have been accelerated, he said.

Kamal mentioned that a total of Taka 2,168 crore has been provided in two phases while Taka 2,500 was distributed to each of the target-oriented beneficiary families across the country.

"In the wake of the recent Russia-Ukraine conflict and the disruption of the global supply chain, we have launched the Family Card program to distribute essential commodities among the poor across the country at a low cost," he said.

The finance minister said a list of one crore families has been finalised under this programme.

A total of one crore families, including the families who have received Taka 2,500 as cash assistance during the pandemic period, are getting family card of TCB, he added.

As a result, Kamal said, about five crore low-income population of the country will be directly benefited from this government initiative.