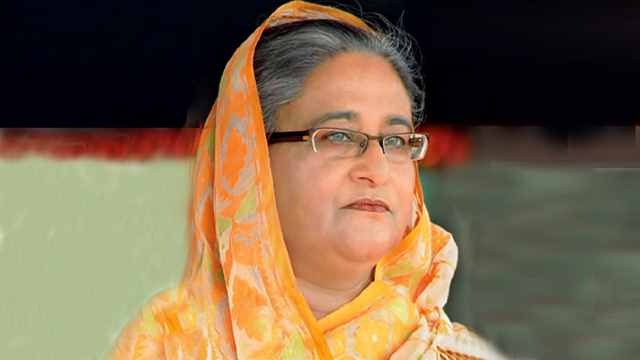 Prime Minister Sheikh Hasina on Monday urged the Singapore government to provide a decent work atmosphere for Bangladeshi workers as the South-East Asian country continues to be a favorite destination for them.

Sheikh Hasina, who arrived in Singapore yesterday on a four-day official visit, was addressing a luncheon hosted by the Prime Minister of Singapore Lee Hsein Loong in her honour at Istana (palace) in Singapore on Sunday.

"Singapore continues to be a favorite destination for Bangladeshi workers. I hope that Singapore will continue to provide them with a congenial work atmosphere," she said.

The premier said Bangladesh and Singapore can complement each other in their economic pursuit. "In Singapore, you have capital, advanced technology and know-how while in Bangladesh, we have a large workforce," she said.

Moreover, a large section of our population is young and educated. These comparative advantages may be harnessed to our mutual benefit, she added.

Recalling the ties between the two countries since the establishment of diplomatic relations in February 1972, the prime minister said our friendship is deep rooted in common values and shared history and economic cooperation.

After the official talks, Bangladesh and Singapore singed two Memorandums of Understanding (MoUs). Prime Ministers of the two countries witnessed the signing ceremonies.