Tariffs and tech to tax G20 ministers in Argentina 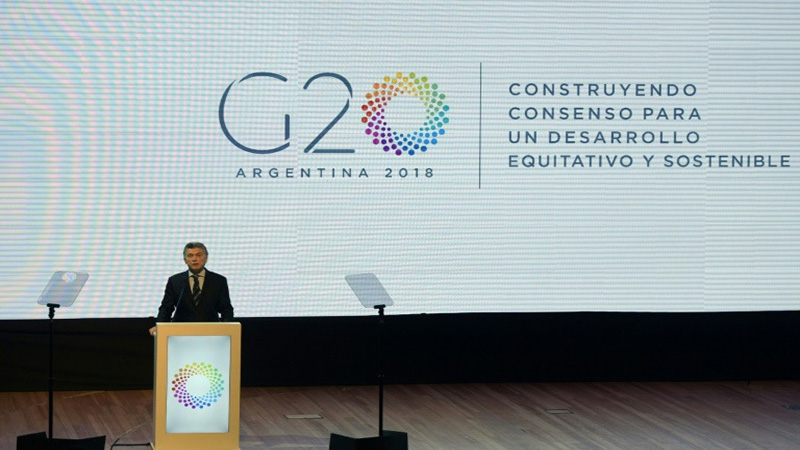 Tariffs, tech and taxes will strain finance ministers from G20 countries at a meeting in Argentina next week overshadowed by the gathering clouds of a trade war.

The two-day meeting in Buenos Aires, which starts Monday, comes at a particularly tense moment just two days before the United States is set to begin imposing tariffs on steel and aluminum imports.

US President Donald Trump has pledged to impose 25 percent duties on imported steel and 10 percent on aluminum. Only neighbors Canada and Mexico were exempted.

"Up to now, finance ministers were reticent to tackle the subject of trade, considering that it was not their area of competence," a source close to the negotiations said.

"But the situation is such today that they will not be able to not speak about it. The question is how far we can go."

Meanwhile, the US treasury wants to use the meeting to win consensus on how to combat China's trade practices, particularly its cheap steel exports.

Except that Trump, far from being reserved when it comes to Beijing, also regularly attacks Europe.

"It's a funny strategy which consists of targeting China by threatening US allies," said a European source.

The meeting in Buenos Aires, which also involve G20 central bank chiefs, will be a test of European cohesion ahead of a meeting next week between the US and EU officials on steel and aluminum taxes.

"The important thing is that the European position is coordinated and united," France's finance ministry said in the run-up to the talks, arguing that Europe "should be exempted" from US tariffs.

The G20 discussed the question of Chinese overcapacity during its 2016 meeting and asked the Organization for Economic Cooperation and Development (OECD) to monitor efforts to curb supply, but to little avail.

The OECD, which often serves as the operational arm of the G20, is struggling on another thorny issue -- the taxation of the world's tech giants, the so-called GAFA.

The acronym refers to the four behemoths of the digital industry: Google, Amazon, Facebook and Apple, whose tax optimization practices are regularly a source of friction between the US and its allies.

The United States said Friday it "firmly opposes" any new tax on big tech, and the Paris-based OECD warned there were "divergent views about how the issue should be approached."

Britain, France, Germany, Italy and Spain -- the EU's five G20 members -- are pushing first for a European solution that can set an example for the rest of the world.

The European Union wants "big tech" to be taxed on overall revenue in the EU and not just on profits, somewhere between two percent and five percent according to a draft proposal obtained by AFP.

In Buenos Aires, ministers and central bank chiefs will also discuss the question of imposing greater oversight on cryptocurrencies.

But the word protectionism is conspicuous by its absence from the text, replaced by a warning to countries not to "retreat to inward looking policies". AFP