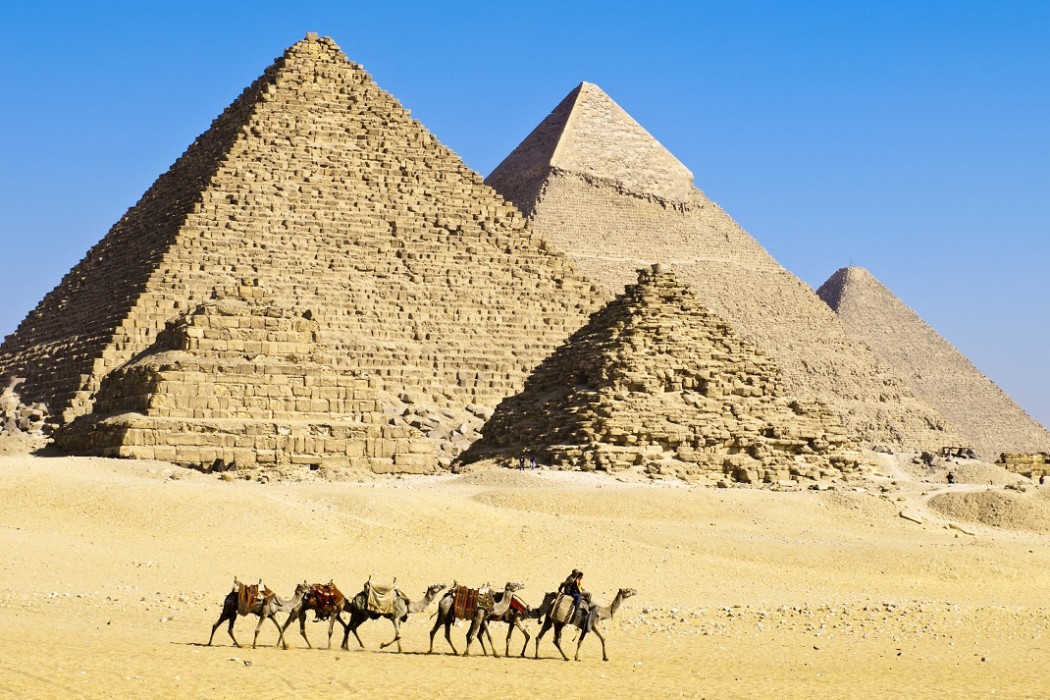 Egypt, known worldwide for its ancient pyramids, is the Arab world's most populous country and has been under military control for decades.

It is ruled by ex-army chief Abdel Fattah al-Sisi, who is assured of a second term in elections next week.

Here is some background about the country.

After a period of British rule, Egypt gained independence in 1922 under King Fuad I.

After Nasser's death in 1970, his vice president Anwar Sadat -- also from army ranks -- took over. The first Arab head of state to sign a peace treaty with Israel in 1979, Sadat was assassinated two years later by Islamists.

Former air force chief Hosni Mubarak became president in 1981 and was driven from power in a popular revolt in 2011, the year of the Arab Spring of regional uprisings.

Egypt's first civilian and Islamist president, Mohamed Morsi, was elected in June 2012 only to be overthrown by Sisi in July 2013 after massive popular protests.

Egypt is home to a wealth of ancient monuments that are a major draw for international tourists.

The Great Pyramid of Khufu is the only one of the Seven Wonders of the ancient world still standing.

The giant 4,500-year-old monument takes centre stage at Giza, on the outskirts of Cairo, alongside the Sphinx and the smaller Khafre and Menkaure pyramids.

Luxor on the banks of the Nile River in southern Egypt abounds with temples and tombs built by ancient monarchs called pharaohs.

With 96.6 million inhabitants, according to its statistics institute, Egypt is the Arab world's most populous country.

Mostly desert, its people live on just 5.3 percent of the total land area, either side of the Nile and its delta north of the capital. Cairo is home to 20 million people. The capital is also home to Al-Azhar, one of the most prestigious institutes of Sunni Islam, Egypt's main religion.

Since 2013, the security forces have been battling extremists, including the Islamic State (IS) jihadist group.

Based largely in the Sinai desert peninsula, they regularly target the police and army, and also the Coptic Christian minority who make up 10 percent of Egypt's population.

In October 2015, a Russian plane blew up after taking off from the Sinai resort of Sharm el-Sheikh, killing all 224 people on board. The IS claimed responsibility.

The IS was also suspected of the most deadly attack in Egypt's recent history when more than 300 people were killed in November 2017 at a mosque in the northern Sinai.

Egypt has been mired in a severe economic crisis since its 2011 revolt.