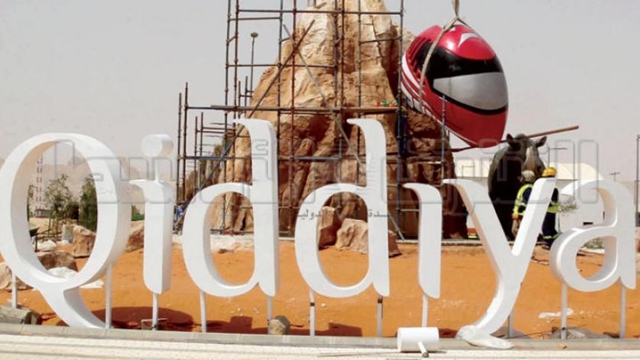 Saudi King Salman will launch the construction of an "entertainment city" near Riyadh Wednesday, authorities said, part of a series of multi-billion dollar projects as the kingdom seeks to diversity its oil-reliant economy.

The facility highlights a "relentless effort to develop giga-projects that will help achieve many direct and indirect economic returns", project official Fahd bin Abdullah Tounsi was quoted as saying in a government statement on Monday.

Qiddiya chief executive Michael Reininger said he expects the project will draw foreign investors in entertainment and other sectors, but did not specify the total cost of construction.

Such projects are the brainchild of Crown Prince Mohammed bin Salman, a self-styled liberal change agent who is the chief architect of the sweeping "Vision 2030" reform programme.

Saudi Arabia has dazzled investors with several plans for hi-tech "giga projects", funded in part by its sovereign wealth fund, but some sceptics question their viability in an era of cheap oil.

The kingdom has unveiled blueprints to build NEOM, a mega project billed as a regional Silicon Valley, in addition to the Red Sea project, a reef-fringed resort destination -- both worth hundreds of billions of dollars.

Analysts say the projects could create funding pressures at a time when the government faces a yawning budget deficit and growth in the kingdom's non-oil economy is only slowly gathering pace.

The reform stems partly from an economic motive to boost domestic spending on entertainment as the kingdom has been reeling from an oil slump since 2014.

In February, Saudi Arabia's General Entertainment Authority (GEA) announced it will stage more than 5,000 festivals and concerts in 2018, double the number of last year, and pump $64 billion in the sector in the coming decade. afp