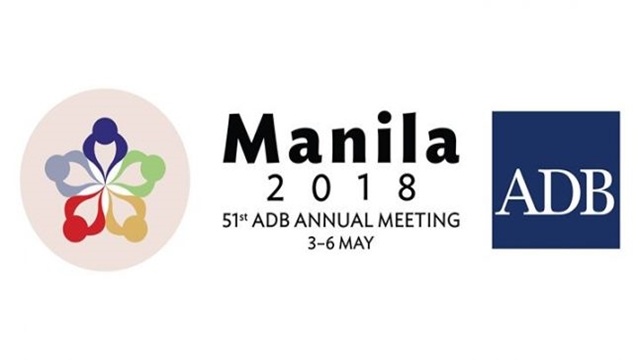 The four-day 51st annual meeting of Asian Development Bank (ADB) Board of Governors began at Manila of Philippines on Thursday with the theme of ‘Linking People and Economies for Inclusive Development’.

Finance Minister AMA Muhith is scheduled to arrive here at 13:05pm (Manila Time) to lead Bangladesh delegation at the meeting.

He will be accompanied by Economic Relations Division (ERD) Secretary Kazi Shofiqul Azam and others, an official told.

Alternate Executive Director at the ADB Mahbub Ahmed will join the Finance Minister.

The Finance Minister will have a number of meetings including one with ADB President Takehiko Nakao.

Bangladesh joined ADB in 1973, and the country became the first ADB member to host a field office in 1982.

To date, more than $20 billion in ADB loans, grants, and technical assistance has been approved for the country.

Over 4,000 participants from across Asia, North America, and Europe are expected to attend the meeting, an ADB official told UNB on Wednesday.

ADB President Takehiko Nakao expressed his deep gratitude to the Philippines government, and Finance Secretary and Chair of the Board of Governors Carlos G Dominguez for hosting the ADB annual meeting.

Since last year’s annual meeting in Yokohama, Dominguez and Nakao met several times to discuss how the Philippines government and ADB can further strengthen partnership and operations, and on how the annual meeting in Manila can be more focused and substantive.

This is the 16th annual meeting held in Manila, with the last one in 2012.

The meeting will examine global and regional issues affecting development in Asia and the Pacific.

Various other events will be held during the annual meeting, including seminars focused on addressing gender gaps through women’s entrepreneurship and economic empowerment; the private sector's increasing role in meeting Asia's huge infrastructure needs, estimated at $1.7 trillion annually until 2030; new technologies in finance; investing in community-led solutions for climate and disaster resilience; and promoting inclusive growth through inter-subregional cooperation.

The meeting will look at global and regional issues affecting development in Asia and the Pacific, while exploring how ADB and its development partners can work together toward a prosperous, inclusive, resilient, and sustainable region by 2030, an official told.