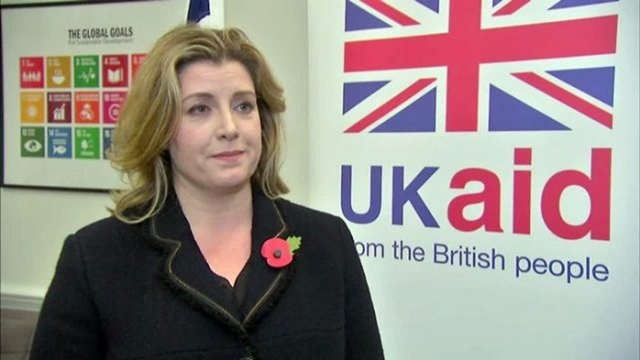 The United Kingdom on Monday pledged fresh humanitarian support for the Rohingya people living in Cox’s Bazar ahead of the looming cyclone and monsoon season, alongside help to vaccinate almost one million people against deadly cholera.

The latest announcement of an additional £70 million of humanitarian support will help ensure hundreds of thousands of persecuted Rohingya people who have fled neighbouring Myanmar will be better protected during this dangerous time.

The UK has contributed £129 million to the crisis since 25 August 2017. As part of this, £70 million announced on Monday is a new package of support, not previously allocated to this humanitarian programme.

Conditions in the huge camps near the Myanmar border are set to become more life-threatening in the coming weeks as the rainy season begins, which could wash away the fragile and cramped makeshift shelters that are exposed to the elements and cause fatal diseases to spread more rapidly, said the British High Commission in Dhaka.

It is also helping to support a large vaccination campaign against cholera in and around the Cox’s Bazar camps that will benefit almost a million people – made up of both Rohingya families and Bangladeshis living near the camps – which is close in size to the population of Birmingham.

With the devastating cyclone and monsoon season looming, even more lives could be lost, landslides could wipe out shelters and fatal diseases could spread.

Mordaunt said Bangladesh government must now use their expertise to ensure Rohingya families are saved from the dangerous rains.

“Across the globe countries were quick to respond to the plight of the Rohingya people last year, but what is needed is a longer-term commitment to these vulnerable men, women and children who have suffered so much.”

UK aid backed vaccines have been sourced from the global cholera vaccine stockpile, funded by Gavi.

The campaign, which started yesterday, is being implemented by the government of Bangladesh, working alongside the World Health Organisation.

The UN estimated 102,000 Rohingya men, women and children were living in areas at risk of flooding and 12,000 people were at risk from landslides.