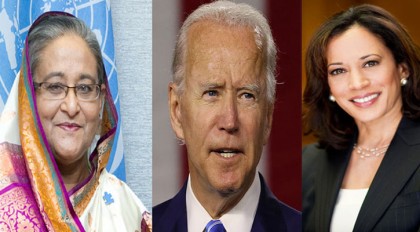 Biden, 77, beat Donald Trump in a heated election held last week to become the 46th president of the United States. His running mate Kamala Harris made history as the first Black woman to become vice president.

Biden positioned himself to be a leader who “seeks not to divide, but to unify” a nation gripped by a historic pandemic and a confluence of economic and social turmoil.

“I sought this office to restore the soul of America and to make America respected around the world again and to unite us here at home,” said Biden in a prime-time victory speech not far from his Delaware home, reports AP.

According to the US Constitution, the new term of office begins on January 20 at noon.

An inauguration ceremony takes place in the capital, Washington DC, where the new president and vice-president take an oath of office administered by the Supreme Court chief justice.