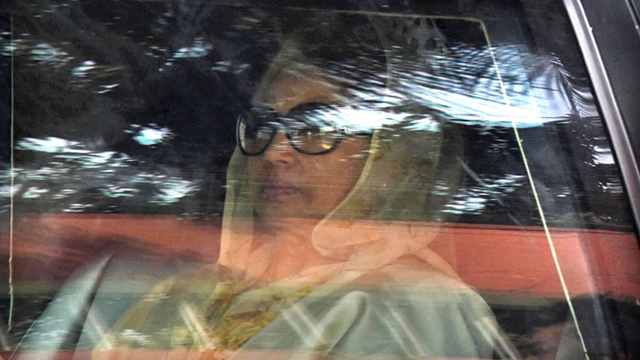 An ambulance carrying the BNP chairperson reached the hospital around 11.30 am on Saturday, BNP sources said.

Huge police personnel and prison guards were seen at the BSMMU when Khaleda reached there. She was taken to room No 512 on the 4th floor for check-up.

“She’ll be sent back to the jail today after necessary test if the board suggests to do so,” he said.

Khaleda Zia fell sick in the jail on March 29 and postponed a scheduled meeting with its secretary general Mirza Fakhrul Islam Alamgir.

On April 1, the government formed a medical team with four professors of Dhaka Medical College Hospital to examine her health condition and ensure her treatment in the jail.