Quader urges affluent people to stand by poor during pandemic 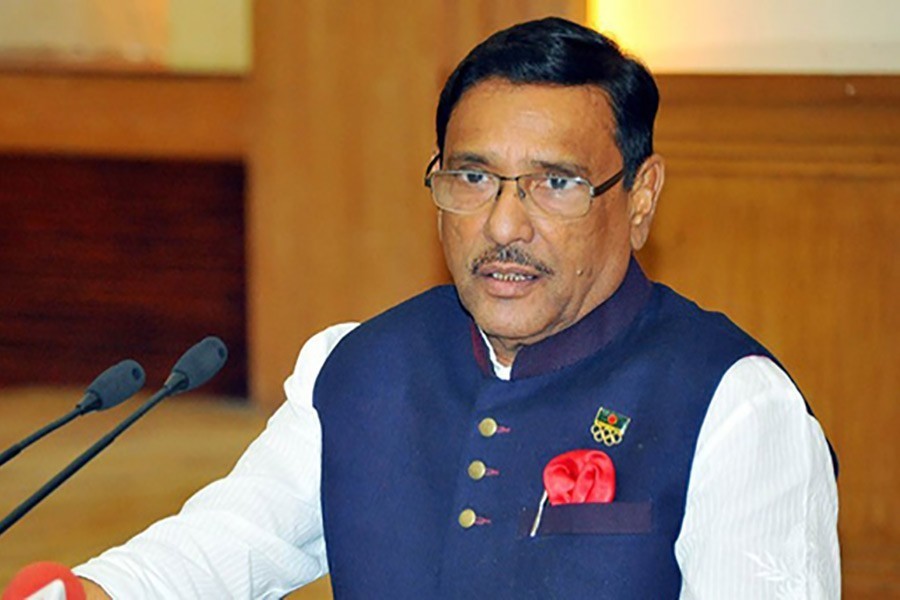 Awami League General Secretary and Road Transport and Bridges Minister Obaidul Quader called upon the affluent section of society to stand by insolvent and distressed people during the ongoing coronavirus pandemic.

He came up with the call at a memorial meeting on AL’s Central Office Manager Md Shahjahan at the party’s Bangabandhu Avenue central office here joining it virtually from his official residence.

A doa and milad mahfil was also held on the occasion seeking eternal peace of the departed soul.

Quader urged the party’s leaders and workers to wear facemasks and maintain health guidelines properly as the coronavirus infection rate has increased alarmingly.

He also called upon the party men to conduct awareness raising campaign across the country and carry out indoor organizational activities on a limited scale.

Noting that courtesy and values are decreasing in the country’s politics, he underscored the need for building mutual trust among politicians.

Paying tributes to memories of Shahjahan, the AL general secretary said worker like Shahjahan is the soul of AL.

When AL stays in crisis, devoted worker like Shahjahan stays with the party but opportunists don’t do that, he added.

Md Shahjahan passed away while undergoing treatment at a city hospital on Monday last (March 30) at the age of 58.