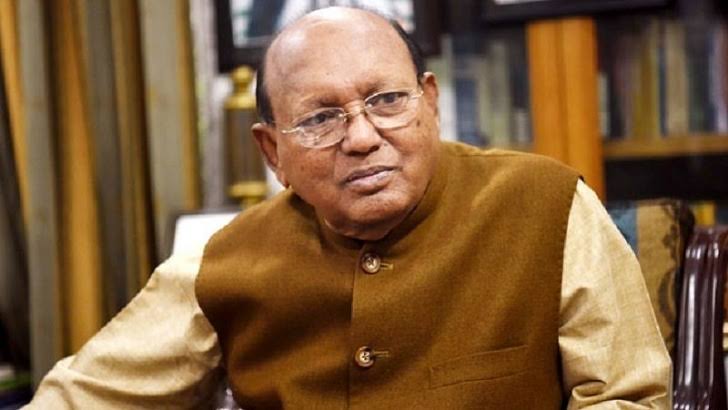 Veteran politician and Awami League leader Tofail Ahmed MP has decided to donate all his property for welfare of particularly the poorer people as aging process dwindled his materialistic demands.

"I have reached an age limit when I don't have any materialistic demand or necessity . . . I am not a filthy rich man but I have decided to donate all my landed property and wealth for the benefit of ordinary people," the politician told journalists yesterday, announcing his decision.

Ahmed said that previously he was carrying out philanthropic activities, also drawing supports from friends and admirers, under a trust and now decided to run them in a broader spectrum through 'Tofail Ahmed Foundation' donating his property.

"My daughter stood by me donating her property as well to the Foundation," said Ahmed, a close aide to Father of the Nation Bangabandhu Sheikh Mujibur Rahman.

Ahmed, who previously served as a minister in several portfolios and currently a lawmaker from Bhola-1 constituency, was born in the southwestern coastal district in 1943.

He became a legendary student leader in late 1960s when Bengali nationalist movement reached to its peak under Bangabandhu's stewardship, resulting in independent Bangladesh's 1971 emergence through a nine-month long Liberation War, when Ahmed also played a key-role.

Asked if he was led by any example in taking the decision, Ahmed referred to a sense of spiritual feeling that nobody could ever leave the world taking with any wealth.

"You perhaps know, Alexander the Great had asked his men to carry him to the grave keeping both his hands dangling out of my coffin as he wished to let the people know that he came empty handed into this world and empty handed he went out of this world," Ahmed said.

He also referred to Bangabandhu's example saying "just see, what materialistic wealth he (Bangabandhu) personally had possessed throughout his life".

Ahmed said the Foundation would mainly work to provide the underprivileged with hospital, old home, and stipend facilities.

"I have earlier established schools, colleges, a mosque with aesthetic look and an orphanage while the Foundation will now expand the welfare activities," he said.

The political figure said he possessed some landed property at his village home, a farmhouse on 180 bigha land and a house in Dhaka's Banani area owned by his wife, all of which would now be possessed by the Foundation.

Ahmed said previously he had donated few apartments to run his philanthropic activities.

One of most regarded vice president of Dhaka University Students Union (DUCSU) in pre-independence period, Ahmed was one of the leading Liberation War organizers and became Bangabandhu's political secretary in post-independent Bangladesh.