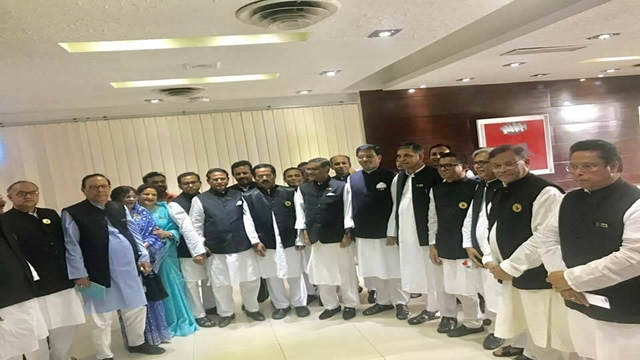 A 19-member delegation of the ruling Awami League, led by its General Secretary Obaidul Quader, left Dhaka for New Delhi on Sunday at the invitation of the Indian ruling Bharatiya Janata Party (BJP).

During the three-day visit, the Awami League delegation will have a meeting with Indian Prime Minister Narendra Modi on Monday.

The visit is viewed as an important one as the two countries are heading towards their next national elections, said a political source.

Obaidul Quader briefed the media at a press conference at the party President Sheikh Hasina's Dhanmondi political office about the visit on Saturday.

The delegation members will also pay respect to Memorials to Mahatma Gandhi.

The delegation is scheduled return home on Tuesday.